One year later and the sparks are still flying for Gwen Stefani and Blake Shelton! The Make Me Like You singer opened up about her boyfriend and his amazing qualities. "It's incredible to have a best friend like that guy," she told Entertainment Tonight on Monday at the Glamour Women of the Year Awards in Los Angeles. "He's an amazing person." 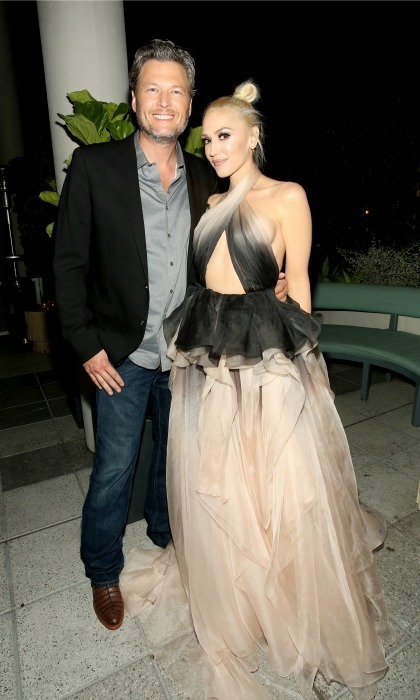 Gwen, 47, who was the recipient of the 2016 Woman of the Year award during the ceremony, didn't just dish about her man on the red carpet. During her speech, the Misery singer got emotional as she gave a special thank you to her family and Blake, 40, who was in the audience to support her.

GWEN STUNS ON THE GLAMOUR WOMEN OF THE YEAR RED CARPET

"To my children, to my family, " she read. "To Blake Shelton for kissing me back to life, thank you so much. I am blown away, I'm blown away by this room of unbelievable courage. It's unbelievable to be here tonight. I am really, really grateful."

Gwen and Blake take over the White House 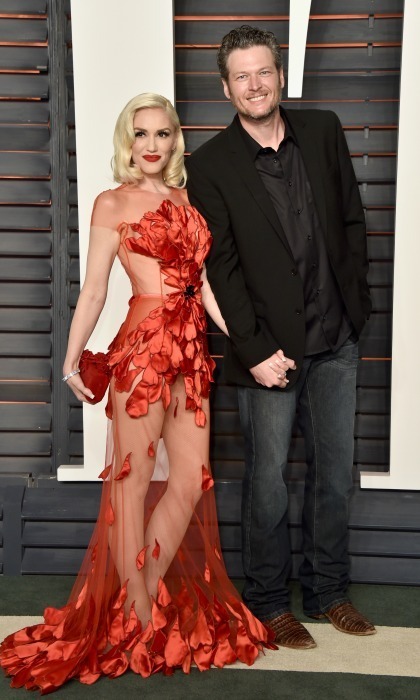 Gwen credits Blake for kissing her back to life after her divorce Photo: Pascal Le Segretain/Getty Images

Gwen and Blake met on the set of NBC's The Voice and confirmed their relationship in November 2015 after divorcing their spouses. Gwen ended her marriage to husband of 13 years, and the father of her three sons, Kingston, ten, eight-year-old Zuma and two-year-old Apollo, Gavin Rosedale in August. The Honey Bee singer split from fellow country musician Miranda Lambert in July, following four years of marriage.

In May, Blake credited his lady-love for helping him get his life back on track after his divorce. “I tell people all the time, 'Gwen saved my life last year,'” Blake said during an interview on CMT's Hot 20 Countdown. "She did, and I think she would probably tell you something similar about me. It's not something that anybody could have seen coming, besides God, I guess.”