Marion Cotillard had nothing but great things to say about her Allied co-star Brad Pitt. The 41-year-old actress sang Brad's praises during a press junket for the film on Friday.

"Of course he's an amazing actor," she told Entertainment Tonight. "He's such a good person that it's really not difficult to get along with him." 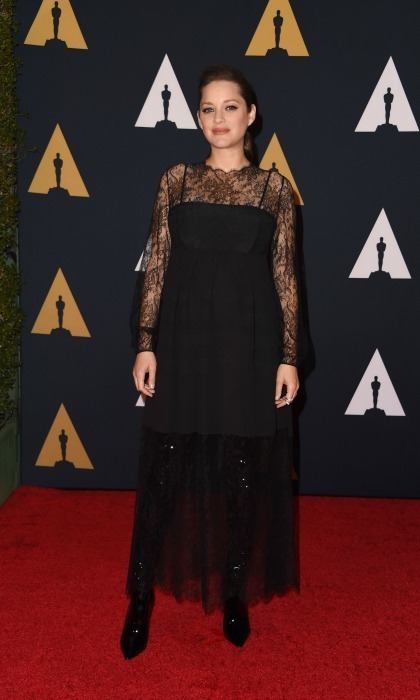 Marion and Brad play lovers in the World War II film, which is set for release on November 23. The mommy-to-be admitted that she and Brad, 52, had instant chemistry upon their first meeting at rehearsals for the film – something she says isn't always easy to find.

"Sometimes, you never know," she shared about her dynamic with the Oscar winner. "Sometimes, you have nothing in common, no chemistry, and it still works on screen. You have many different situations, but we had this chance to have this period of time to get along together, so it helps. 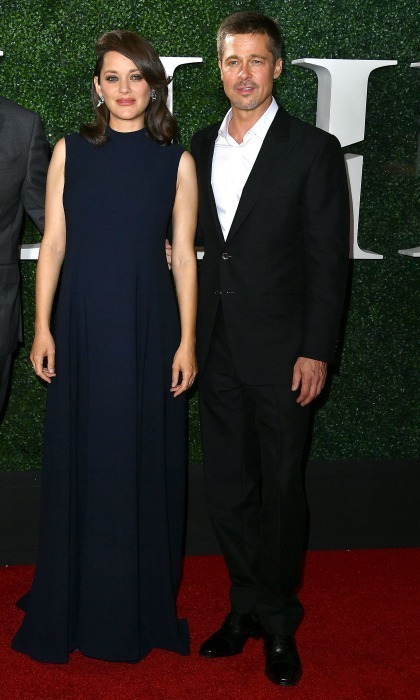 Marion and Brad worked together on the WWII film 'Allied' Photo: Steve Granitz/WireImage

Another thing that impressed the French actress about the Mr. and Mrs. Smith star was the "amazing job" he did with his French accent during the film. "I know how hard it is to learn another language," she explained. "I had to go from French to English and still struggle with some sounds sometimes, but I was very impressed [with his commitment to work on] his French."

ALL THE LATEST DEVELOPMENTS IN BRAD'S DIVORCE

Marion, who has been married to Guillaume Canet since 2007, has said she has nothing but respect for her co-star and his estranged wife Angelina Jolie.

When the news broke in September that Brad and Angelina were ending their marriage after two years, Marion took to her Instagram to set the record straight on her relationship with Brad. In a message to fans and the public, she quashed rumors of a romantic link with the actor, and also confirmed her pregnancy. 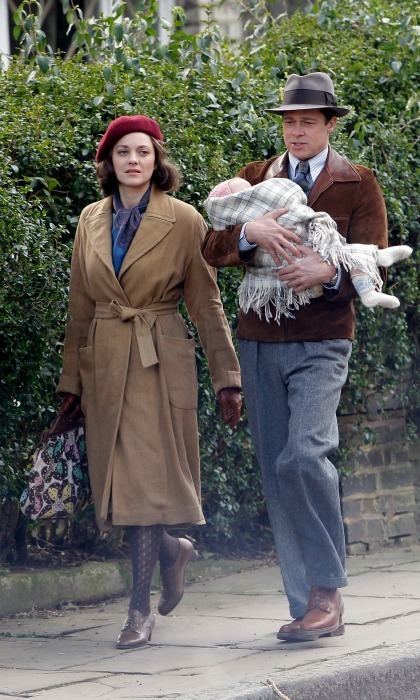 Marion set the record straight on rumors that she was romantically involved with Brad Photo: Ada Houghton/GC Images

See how Marion announced her pregnancy

"Firstly, many years ago, I met the man of my life, father of our son and of the baby we are expecting," she wrote in part. "He is my love, my best friend, the only one that I need. Secondly to those who have indicated that I am devastated, I am very well thank you."

Her Instagram statement continued: "This crafted conversation isn't distressing. And to all the media and the haters who are quick to pass judgment, I sincerely wish you a swift recovery. Finally, I do very much wish that Angelina and Brad, both whom I deeply respect, will find peace in this very tumultuous moment. With all my love Marion."