President-elect Donald Trump has an adorable supporter in his corner — his grandson Theodore Kushner! Ivanka Trump celebrated her father’s triumphant victory against Hillary Clinton on Wednesday by sharing a too-cute video of her baby boy.

“Congratulations grandpa! #PresidentElectTrump,” the doting mom-of-three captioned the video of Theo sitting perched up by his toys as he excitedly clapped his hands.


The 35-year-old and Jared Kushner’s little boy also showed his support for his grandfather, the newly elected 45th president of the United States, by sporting a red shirt with the word “Trump” printed on it. 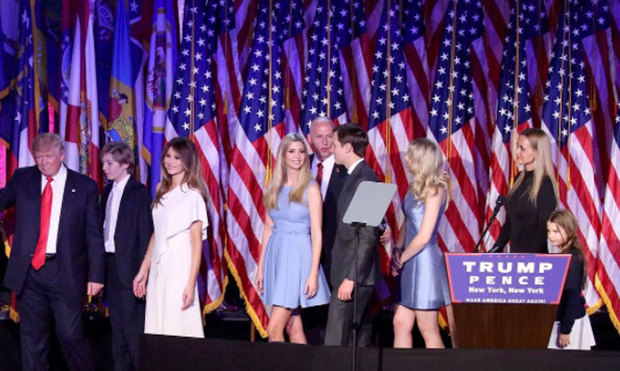 Ivanka took to her Instagram on November 9 to thank voters for casting their ballots for him. Sharing a photo from the stage of her father’s victory speech, America’s new first daughter penned, “Thank you, America, for the trust that you placed in my father. He will never let you down! #MAGA.”

The businesswoman and her son weren’t the only ones sharing their excitement and joy over the country’s new commander-in-chief. Donald Trump Jr. posted a photo of his oldest child, daughter Kai, embracing her “grandpa” with a hug on the night of his historic win.

Kai and her grandpa last night. A moment I'm sure she will remember forever. #MAGA

Attached to the picture, the dad-of-five penned, “Kai and her grandpa last night. A moment I'm sure she will remember forever. #MAGA." In addition to nine-year-old Kai, the businessman and his wife Vanessa also share daugher Chloe and sons Donald Trump III, Tristan and Spencer. 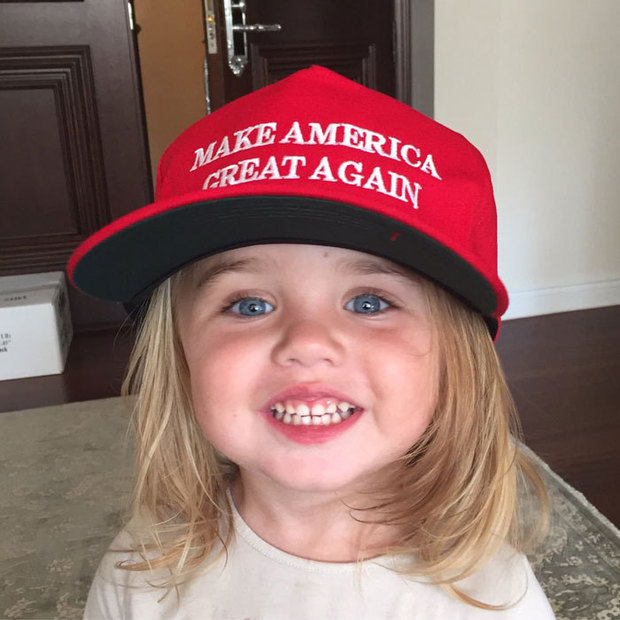 Donald Jr. often shares precious snaps of his kids on social media. Leading up to election day, the dad posted photos of his girls donning Trump gear, including one of Chloe wearing her "Make America Great Again" hat.