Even President Obama is susceptible to his daughters poking fun of him on social media. During his appearance on Jimmy Kimmel Live on Monday, the president shared how he ended up on his 15-year-old daughter Sasha's Snapchat without his knowledge.

"Michelle and I are sitting there, and I said, ‘Isn’t this interesting?’ And I started talking to Michelle about the implications of social media and what all this means,” he shared on the late night show. “Come to find out, [Sasha] was recording the whole time and then sent to her friends afterward, ‘This is my dad lecturing us on the meaning of social media.’ And she took a picture of herself sort of looking bored.” 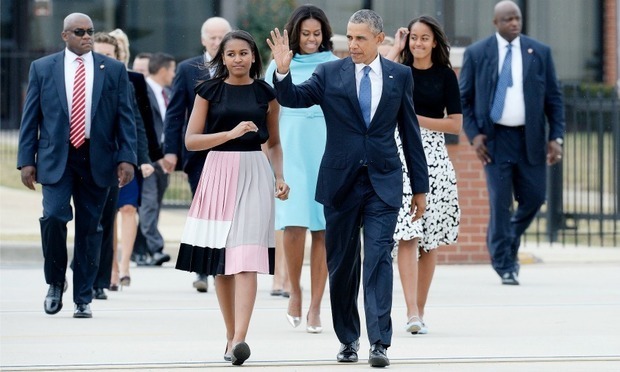 POTUS shared that his wife Michelle Obama, 52, and their 18-year-old daughter Malia enjoyed the hilarious moment. “Michelle, of course, loved it," he said. "Malia thought it was a riot. They distributed it to all their friends."

The president, who is the proud owner of an Iphone (though it is only good for using the Internet) said his two teenage girls were happy when their historic home became more tech friendly. "We just updated it maybe a year and a half ago and the girls threw a party," the dad-of-two responded when asked if the White House has good Wifi. "It's an old building, the walls are thick and we weren't getting a real good signal." 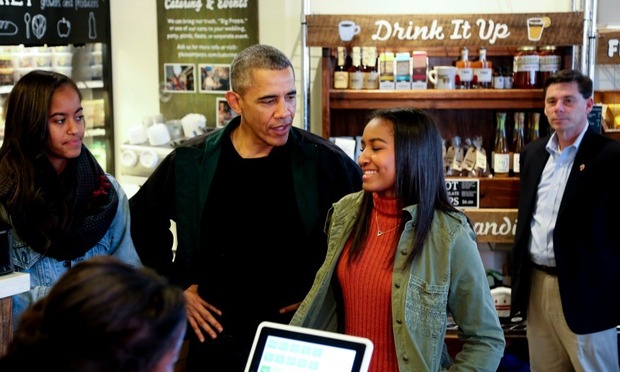 POTUS did a spot on impression of his two teenage daughters Photo: Aude Guerrucci/POOL/ABACAPRESS.COM

WHAT MAKES MICHELLE OBAMA THE COOLEST MOM AND FIRST LADY

Last week, it was the president's turn to take some jabs at his daughters during an appearance at a high school in D.C. While mentioning that they were probably on their cell phones waiting for him, he said, "As the father of two teenage daughters, I know the whole time you were just like, 'And then he said and "Girl I couldn't believe it.'"