Man, the man is non-stop. It’s safe to say no one is having a better year than Hamilton alum Leslie Odom Jr. In less than six months, the 35-year-old has taken home a Tony Award for his performance in Lin-Manuel Miranda’s smash-hit Broadway musical, announced that he’s expecting his first child with wife Nicolette Robinson and was honored by Prince Albert and Princess Charlene of Monaco. 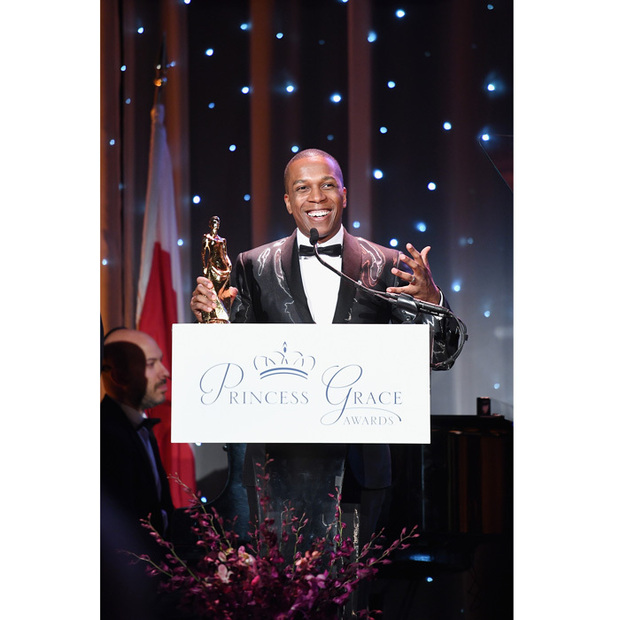 Leslie took home the Princess Grace Statue Award at the 2016 Princess Grace Awards Gala on Monday evening in New York City. “It means a lot,” the actor told HELLO! at the October 24 event presented by Christian Dior Couture. “This foundation really helped me start this whole journey and really help me lay a foundation for myself and give me a technique and a craft that I built at Carnegie Mellon University.”

He continued, “I wouldn’t have been able to finish my college education if it weren’t for the Princess Grace Foundation so to come back tonight and to have them say that, ‘You’ve done a good job’ and 'We’ve been watching,' means a lot.”

The former Aaron Burr star has previously performed for Albert and Charlene, though he admitted performing for royalty is “always nerve-wracking.” However the actor noted, “But you put your head down and you focus on the job you’ve got to do. That’s what I learned in Hamilton.” STARS WHO ANNOUNCED PREGNANCIES IN 2016

“You know I spent a couple of years singing to my daughter [Theodosia in the show] and I thought about it like you know, she can hear me, she’s just not here yet,” he added. “Somewhere she’s listening, you know and so I took it seriously. I took fatherhood seriously even then.” Now with a baby on the way, Leslie is already looking forward to “imparting wisdom and knowledge” on his child, in addition to learning from him or her. He said, “I think that kids also come here to teach you. They come here to fill in gaps for you and things that you might have missed along the way in your development and so I’m looking forward to all the things that our little one is going to teach me.”

While he and his wife are keeping mum on their baby’s gender, for now, the couple admitted that Hamilton-inspired names are off the table. Nicolette said, “Most fans constantly ask us to name our baby Theodosia or Theo. That will not be happening, but we’re very excited.” Leslie concurred, “That might be a little too much Hamilton for us.” 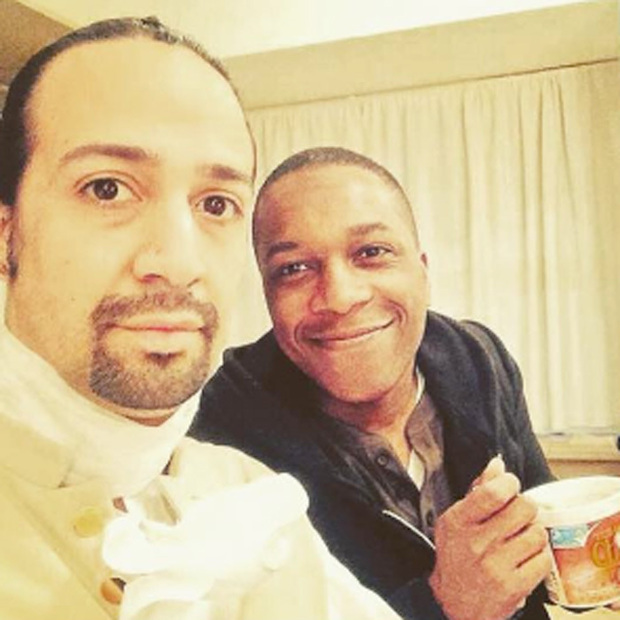 Naturally the Broadway cast has been showering the expectant parents with love. The dad-to-be revealed that former co-star Lin-Manuel Miranda has already shared some parenting advice. “[Lin] said you know basically get ready for the ride of your life. It is the scariest, you know most thrilling thing you’ll ever imagine,” he said, laughingly adding, “I think he said something like get ready even though there’s no way you can possibly get ready for this.”

Leslie, whose Christmas album — Simply Christmas — is out November 11, admitted that life post-Hamilton is great. “The show really connected the people, young and old all over the world and so we just, we are getting just love and support really everywhere we go in the world," he said. "It’s changed my life.”