Angels in Paris! The Victoria's Secret Angels are taking flight and heading overseas for this year's annual fashion show. In a cute video and a series of social media posts, the brand announced on Monday that the show will take place in the City of Lights at the Grand Palais for the first time ever.

"For the 1st time ever, the #VSFashionShow will be filmed in PARIS! Watch it on @cbs Dec. 5," the brand captioned the gif. 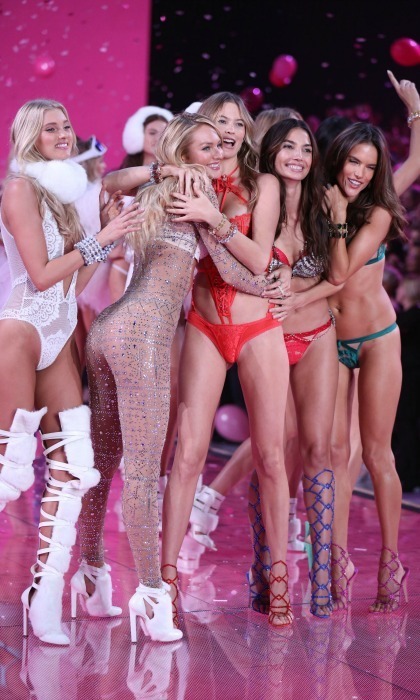 The 2016 Victoria's Secret fashion show will be in Paris Photo: Dennis van Tine/ABACAPRESS.COM

Not confirmed however, are veteran models Behati Prinsloo and 2013 fantasy bra model Candice Swanepoel, who both recently gave birth to babies. Fellow Angel Josephine Skriver gave an update on the new moms. "I have FaceTimed and we have texted, the Angel told HELLO! when asked if she has met Behati's baby girl Dusty Rose, who was born in September or Candice's baby boy, Anacã, who was born earlier this month. "They are still doing mommy and me time, and I just want them to cherish that moment for so long because that is something that you never get back." 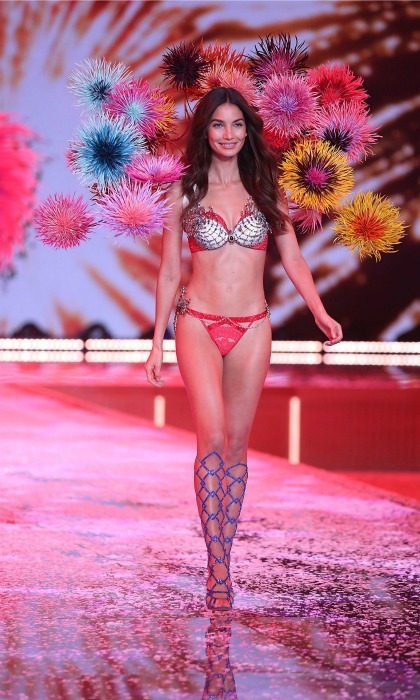 2015 fantasy bra model Lily Aldridge is one of the veteran models set to return for this year's show Photo: Dennis van Tine/ABACAPRESS.COM

In the spirit of keeping things fresh, this year the show will include pink carpet interviews, model profiles, and a behind-the-scenes look at all of the moments leading up to the main event in Paris. Not yet announced are this year's three performers. Last year Selena Gomez, The Weeknd and Ellie Goulding took the stage to serende the models. Past performers have also included Rihanna, Ariana Grande, Taylor Swift and Maroon 5.

Perhaps the biggest mystery behind this year's show is who will have the honor of wearing this year's fantasy bra. Last year, model Lily Aldridge strutted her stuff in the $2 million dollar bra, following in the footsteps of Adriana Lima, Heidi Klum, Tyra Banks and Miranda Kerr, who wore the bra months after giving birth to her son Flynn.