Justin Theroux has no problem taking on his wife Jennifer Aniston's last name — in fact, the Girl on the Train star laughs it off. “It doesn’t really get under my skin," the 45-year-old confessed in a new interview with The Sunday Times. "It’s just one of those things that’s a shorthand for describing who I am."

The actor, who recently celebrated his one-year wedding anniversary in August, admitted that he's in awe of how his wife has handled her successful career and is proud to be associated with her. 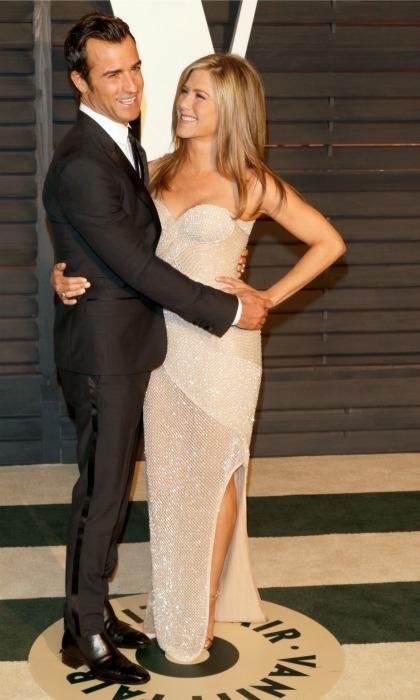 "[Jennifer] is a proper bada-s," he said. "She has lived through a lot of bullsh-t. Many people would have crumbled under some of the stresses that have been put on her. I'm very proud of her for that, for the way she handles herself." He continued, "So in a weird way it's an honor to stand behind her. Truly, in that sense, she's amazing."

JUSTIN AND JENNIFER'S MOST ROMANTIC MOMENTS

While Justin doesn't mind sharing the spotlight, he admitted that there are times when he "doesn't like walking past newsstands in the U.S." He explained, "You start to feel like the crazy person [with the media] portraying you as if you follow that sh-t. When it first started happening, I'd sort of casually pay attention to it, and then I'd realize I was eating poison. Now I just avert my gaze.' 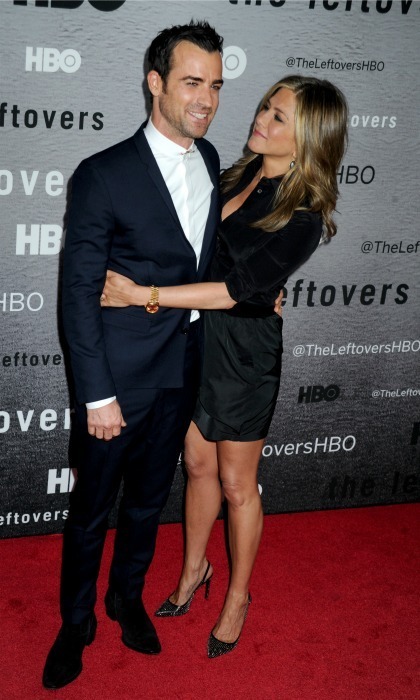 Though when it comes to their personal lives and pregnancy rumors, Justin admitted that he does feel "protective." He noted, "She's similar to me—she doesn't pay attention to it unless she has to. But there's definitely times when your privacy is invaded. Areas of your personal life that are yours to discuss among yourselves and your friends and family shouldn't be a topic for national debate."

What Justin had to say about Brad and Angelina's split

However, The Leftovers star added, "[Jennifer] understands that she is someone who has attracted, for whatever reason, a level of attention where she's become this sort of fable, I guess, in some sort of bizarre morality play of what a woman should be."