Ivanka Trump’s baby boy is growing up! The 34-year-old took to her Instagram account on Sunday to share a video of her son Theodore Kushner ’s latest milestone.

Strapped in his highchair, the adorable five-month-old was surrounded by his proud parents and older siblings – Joseph and Arabella – as he prepared to take his first spoonful of solid food. 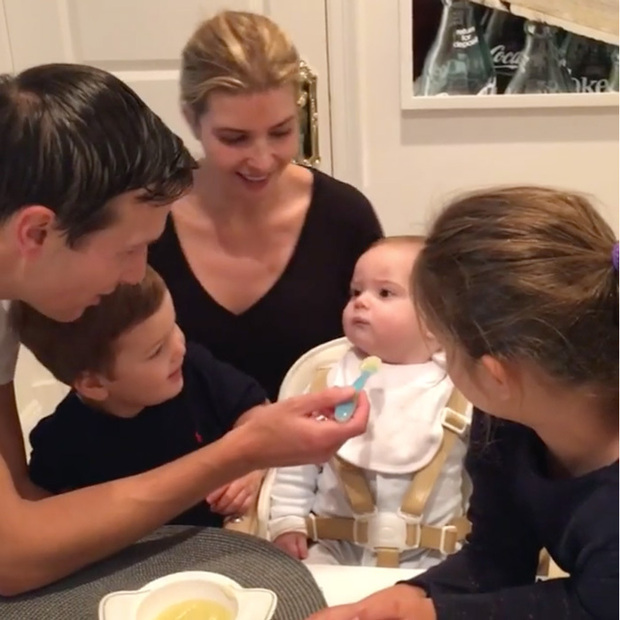 The businesswoman captioned the post, “The whole family feeding Theodore his first ever spoonfuls of food--apple sauce! I cannot believe how big he is getting! #Milestone #solids.”

In the video, Ivanka’s husband Jared was recorded feeding his young son, while the rest of the family excitedly looked on encouraging Theodore to eat. The doting mother revealed, “Arabella and Joseph picked [the apples] off the trees.”

Over the weekend, the couple and their children kicked off the fall season with one of their favorite family traditions: apple picking! The mom-of-three posted a photo on Instagram of her eldest kids picking apples from orchards with their father writing, “One of our favorite fall traditions--apple picking in New Jersey!” 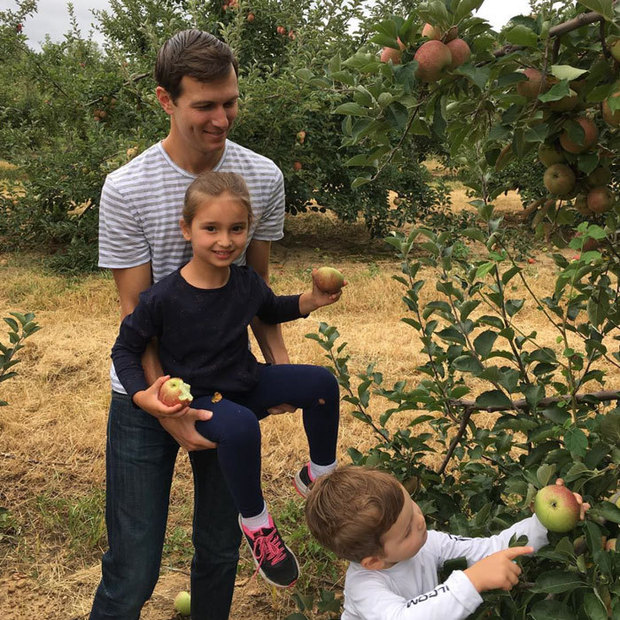 While Arabella appeared to enjoy her half-eaten apple in the photo, it may take Theodore some time judging by his reaction in the video after taking his first bite of apple sauce.

Donald Trump’s daughter, who received secret service protection on Monday, has previously opened up about the joys of motherhood. “Being a mother is the most rewarding experience, but also the most wild and stressful,” she told PEOPLE magazine.

At the time, Ivanka also admitted that she has a great partner in her husband. “[Jared] is really incredibly hands on as a dad. For him what’s most important is his family,” she said. “So we work really hard during the week and we really prioritize weekends for just being sort of reconnecting as a family. It’s very seldom that we’ll have a commitment on a Saturday or a Sunday. It’s really about us being together.”