It was bring your kids to work day for Ivanka Trump! Arabella, Joseph, and Theodore Kushner accompanied their mother on Tuesday to the #WomenWhoWork office in New York City.

The businesswoman documented her children’s busy day at the workplace on her Snapchat account. From attending meetings to working at their own little desks, it seemed as though Donald Trump’s grandchildren enjoyed their day at the office. 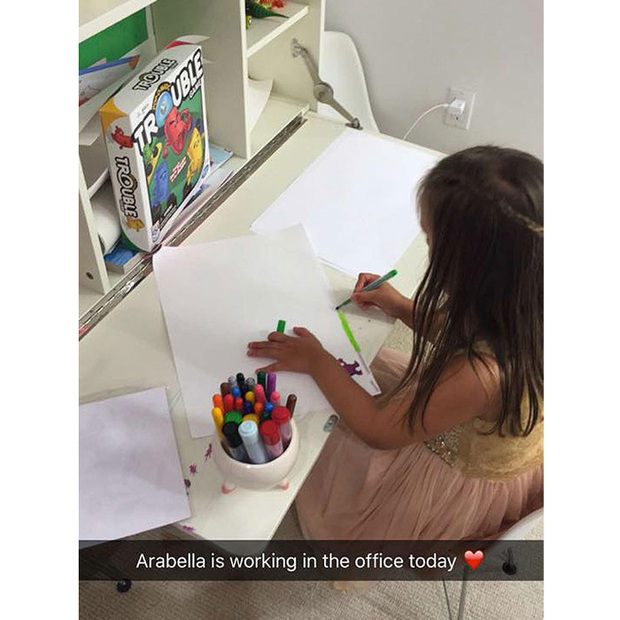 Arabella was adorably dressed for her professional outing, donning a dainty pink and gold dress. Ivanka posted a snap of her little girl coloring at a small desk captioned, “Arabella is working in the office today.” The mom-of-three also shared a video of her five-year-old singing Disney's Snow White and the Seven Dwarfs song “Heigh Ho,” while wearing a hard hat and holding a shovel.

While Arabella was hard at work drawing, Ivanka’s son Joseph was busy with his own task: snacking! The former fashion model captured her two-year-old son sitting at a desk munching on a bowl of snacks, which she jokingly captioned: “Very busy.” 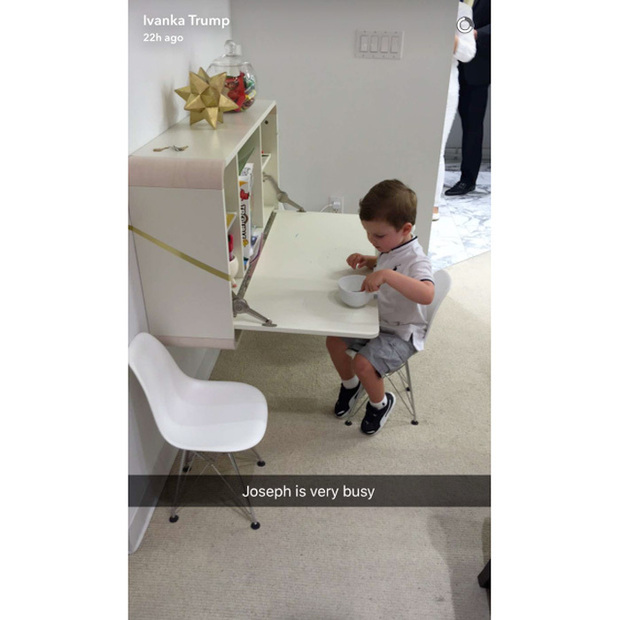 Not to be left out, the 34-year-old’s youngest child Theodore, five-months, also joined in on workplace actives. Snapping an image of her baby boy seated on her lap in a conference room, Ivanka noted, “Theodore weighing in on important topics.” 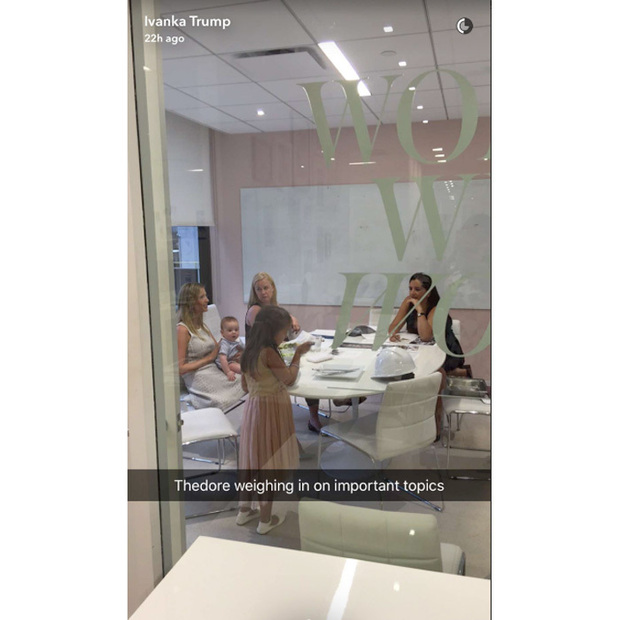 It appears Ivanka is trying to instill the same early work ethic in her children as her father did with her. Back in July, during the Republican National Convention, the GOP candidate's daughter recounted joining her dad at his office. "I remember playing on the floor by my father’s desk, constructing miniature buildings with Legos and Erector sets, while he did the same with concrete steel and glass," she said.


Ivanka continued, "My father taught my siblings and me the importance of positive values and a strong ethical compass. He showed us how to be resilient, how to deal with challenges and how to strive for excellence in all that we do. He taught us that there’s nothing that we cannot accomplish, if we marry vision and passion with an enduring work ethic."