Michelle Obama and her family will be making a big move as President Barack Obama's second term comes to an end in a few months. During her co-hosting visit on the Ellen DeGeneres show on Tuesday, Mrs Obama opened up about what she thinks post-White House life will be like for both her and her daughters Malia,18, and 15-year-old Sasha. 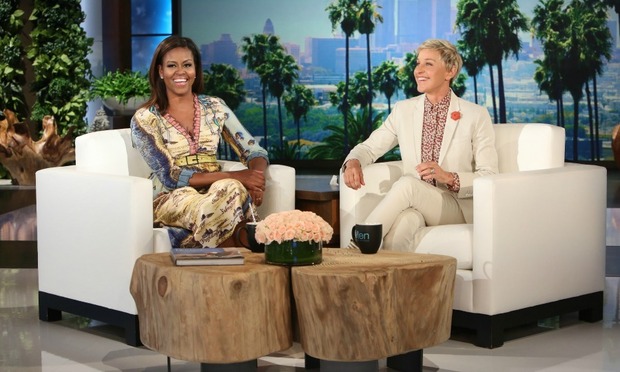 Michelle Obama talks about what she will miss the most about the White House Photo: Michael Rozman / Warner Bros

ALL OF MICHELLE'S COOLEST MOM MOMENTS

"I’m sure the girls will have a tough time," she conceded of the family's upcoming transition from the White House, where her daughters have spent their childhoods. "They think they’re ready, but when you’ve grown up in a place... So we’re trying to have them step back and really appreciate the walk on The South Lawn, sitting on the Truman Balcony. I mean, we just want to keep creating some memories for them as well."

Inside the first family's summer vacation

Michelle, 52, and her husband President Barack Obama, 55, couldn't be more impressed with how their teenage daughters Sasha and Malia – who famously made headlines over the summer when she attended Lollapalooza – have handled growing up in the spotlight.

PHOTOS: MICHELLE, SASHA AND MALIA'S TRIP TO AFRICA AND SPAIN

"I'm proud of them they’ve really managed this so well," she said. "I mean, I just love them to death and the big thing I’ve always worried about was making sure that they got out of this whole. I’m just proud that they are poised, smart, intelligent young women." 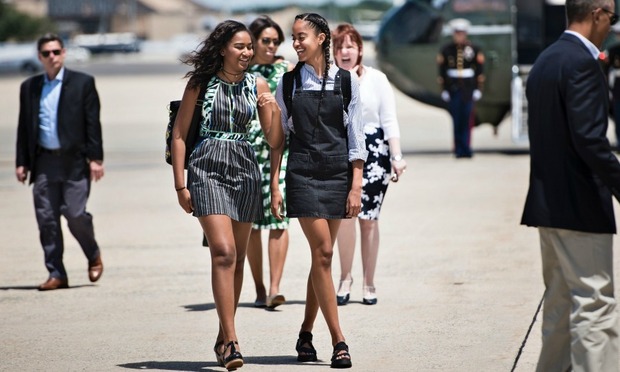 The first family has plans to continue to take up residency in the nation's capital. Sasha will continue her high school education, while Malia, who graduated in June, is taking a gap year before heading off to Harvard University.

While it is time for Michelle to end her chapter as First Lady, the Let Girls Learn founder is pleased with all she has accomplished in eight years.

The First Lady talks about her personal style

"Well it has been an honor," she said. "I wasn’t the political spouse. I was very hesitant about this, but it’s truly been an honor to serve, to travel this country, to meet so many great people. I have so much hope for this nation and I hope that everybody else does to. We have some great young people, we’ve got great communities. I just wish everyone had the opportunity to travel the country like we have because you would feel good every day about where we live. This is the best country on earth."

And while all the perks have been great the last eight years, FLOTUS admits that there's one thing that she will miss the most.

"It’s really the people," she reflected. "You know, think about it. The girls have grown up in the White House. I mean the staff that’s there, we see them every day. These are people who have helped us raise our kids. They’ve loved us, they’ve taken care of us. The minute we leave – that’s it."

CLICK BELOW TO SEE MICHELLE TALK ABOUT HER DAUGHTERS