From on-screen to off-screen romance. Michael Fassbender admitted to Good Morning America that he fell in love with his co-star Alicia Vikander while filming their romantic film, The Light Between Oceans.

When asked if they fell in love on set, the 39-year-old answered, “Yeah, we met on that job and have been seeing each other since.” In the movie, the real-life couple portray a lighthouse keeper and his wife, who raise a baby they found in a rowboat after losing their own. 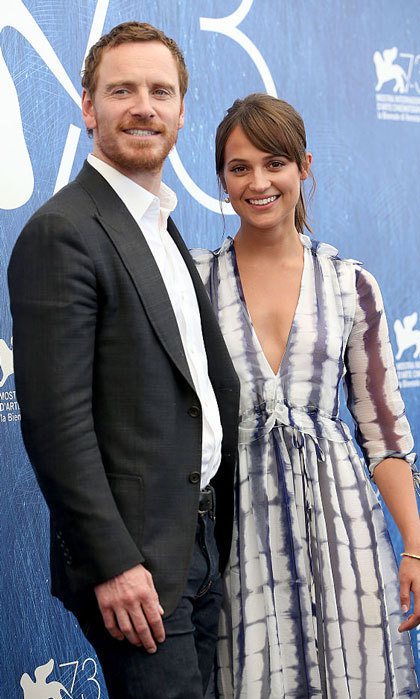 “[Alicia’s] such a fierce performer. She’s so brave. She’s not afraid to bring ugly personality traits to the forefront in characters," Michael said of his leading lady. He added, “I was really impressed by her immediately.”

ALL THE BEST PHOTOS FROM THE 2016 VENICE FILM FESTIVAL

The pair stepped out on Wednesday evening for the premiere of their film at the Venice Film Festival. The Swedish beauty stunned in a plunging, floral patterned dress from Louis Vuitton’s Resort 2017 collection, while her boyfriend looked dapper in a navy suit.

DECLARATIONS OF LOVE FROM ICONIC COUPLES

While talking to reporters, the actor admitted that he was initially intimidated by his girlfriend when they met in 2014 for the movie. Michael confessed, “I was kind of scared when Alicia came, she was so fierce and hungry, and it was something that is always a great thing to see in an actor who is getting an opportunity who hasn’t been well known yet.” 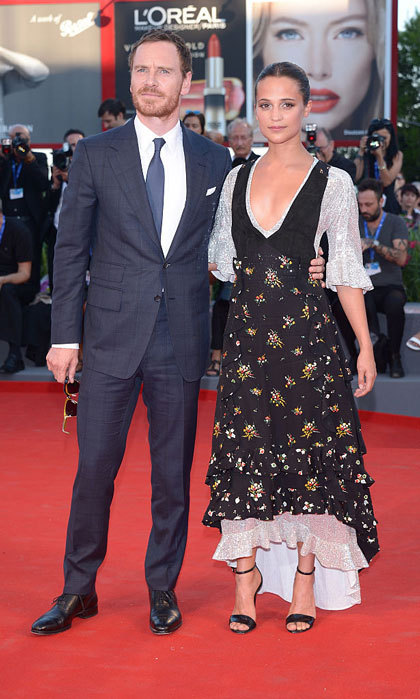 "It’s always great to see that hunger when you’re given that opportunity, and you grab it with both hands," he continued. "I really felt like I had to get my sh-t together and just be there and be as present as she was."

CELEBRITY MEN WHO LET THEIR LEADING LADIES STEALL THE SPOTLIGHT

Michael wasn't the only one singing praises at the premiere. Alicia raved about her co-star-turned-boyfriend saying, “I think [Michael’s] one of the most brilliant actors out there.”

The 27-year-old also revealed that she would like to start a family in the future. “It’s one of those things that I feel to be the biggest mystery to one day have a child,” she said. “I always imagine myself to one day have a family.”