Charlie Sheen’s little girls are all grown up! The 50-year-old reunited with his ex-wife Denise Richards and their daughters Sam, 12, and Lola, 11, for a sweet family photo.

The actor took to his Twitter on Wednesday to post the happy picture in which he draped his arm around Sam, while Denise held Lola. Attached to the image he wrote, “A gaggle of awe sum!!"

a gaggle of awe sum!! pic.twitter.com/I8m0GNlLrF

The exes appear to be a good terms, despite Denise filing a $1.2 million lawsuit against her former husband earlier this year claiming that he had stopping honoring a trust that promised their daughters a home and financial security.

Denise, who married the Two and a Half Men star in 2002, filed for divorce from Charlie back in 2005, while pregnant with their second child. The couple welcomed Sam together in 2004.


The Anger Management actor is also a father to seven-year-old twin boys Bob and Max Sheen, whom he shares with ex-wife Brooke Muller and 31-year-old daughter Cassandra Jade Estevez from his first marriage to Paula Profit. 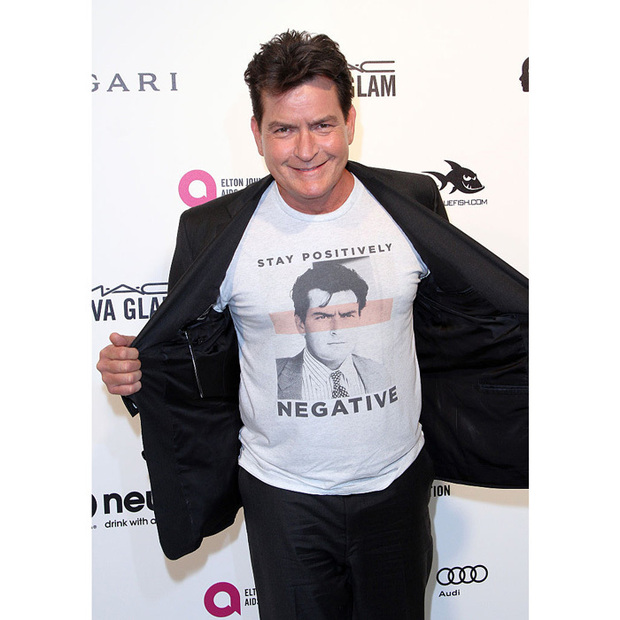 Last year, Charlie revealed that he has been living with HIV. While giving an update this past June, the actor admitted to the Today show that he regrets how he contracted the disease amongst other things in his life. “I regret not being more involved in my children’s lives growing up, which I am now. That’s about it,” he confessed. “We can only move forward from today. They wouldn’t call it the past if it wasn’t.”