Michael Phelps has broken his silence on Lochte-gate. The swimmer, who kicked off his retirement in the pool this week with his adorable son Boomer Phelps, offered his two-cents when asked by a paparazzi in Scottsdale, Arizona as to whether he believes his fellow Team USA swimmer, Ryan Lochte will emerge unscathed from the Rio scandal. 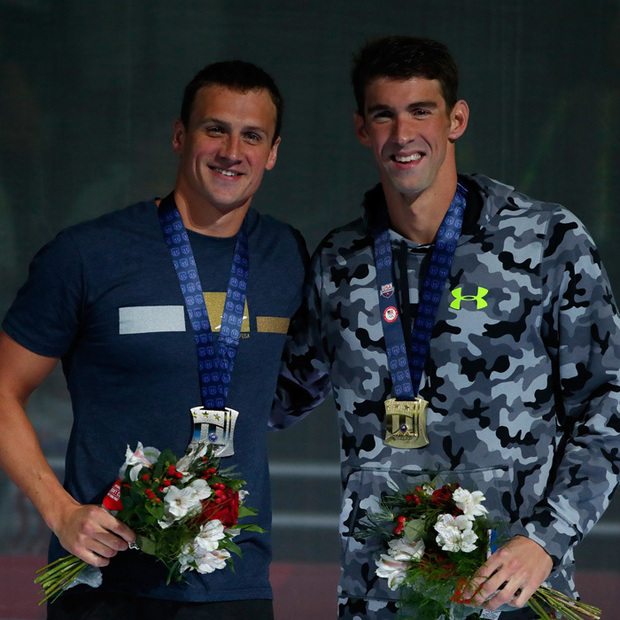 According to E! Online, the 31-year-old responded, "We have good people taking care of it, so hopefully." Michael and Ryan have been teammates for several years. The pair first swam in the 2004 Athens Olympics together.

Over the weekend, Ryan, 32, alleged that he and three of his swimming teammates were robbed at gunpoint, while returning to the Olympic village. However on Thursday, Brazilian officials said that American athlete’s story was fabricated and instead was a cove-rup for an altercation that occurred at a gas station.

A video of the US swimmers at the gas station has also since emerged. Ryan released a statement on Friday apologizing for his “behavior” in Rio and for not being more “candid” in describing the incident. 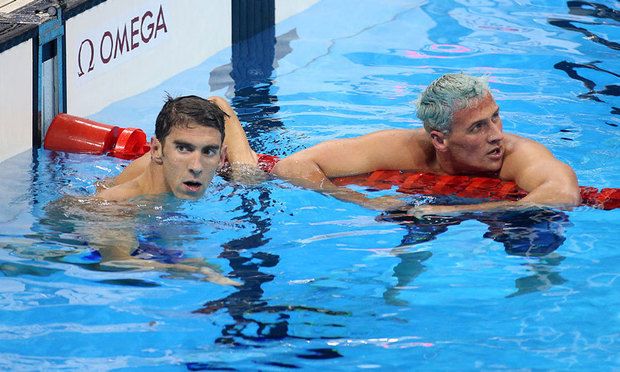 In a post on social media he said, "It's traumatic to be out late with your friends in a foreign country—with a language barrier—and have a stranger point a gun at you and demand money to let you leave, but regardless of the behavior of anyone else that night, I should have been much more responsible in how I handled myself and for that am sorry to my teammates, my fans, my fellow competitors, my sponsors and the hosts of this great event."

Ryan added, "I am very proud to represent my country in Olympic competition and this was a situation that could and should have been avoided. I accept responsibility for my role in this happening and have learned from valuable lessons."