Broadway certainly is the cat’s meow when it comes to Suri Cruise. The ten-year-old stepped out with her mom Katie Holmes on Tuesday to see the show Cats in New York City. The actress’ close pal, designer Zac Posen accompanied the mother-daughter pair for their night on the town to watch the revival of Andrew Lloyd Webber’s musical. 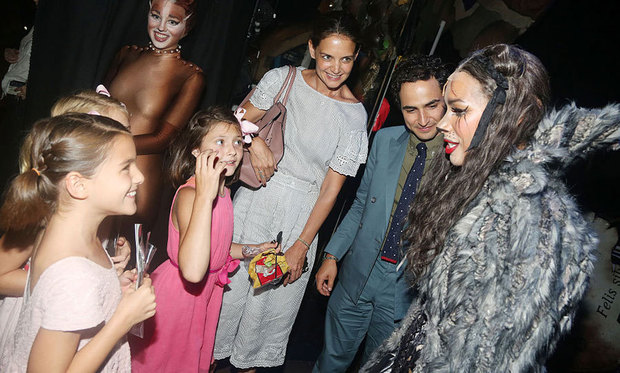 The stylish group met members of the cast backstage at the Neil Simon Theatre, including singer Leona Lewis. The Bleeding Love artist was in her full Grizabella costume and makeup for the meet and greet with Tom Cruise’s youngest daughter.

Suri, looking adorable in pigtails, beamed as she chatted with the show’s star. Prior to the musical's opening night, Leona told HELLO!, "I'm looking forward to really, really getting into character." 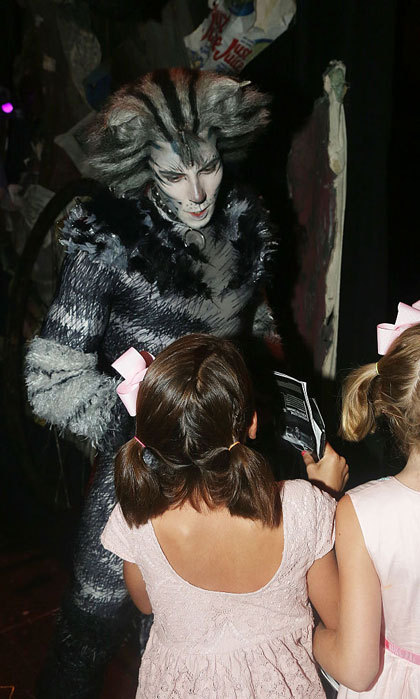 Katie, 37, and her daughter aren’t strangers to Manhattan's Theater District. Just last month, the duo took in a performance of Finding Neverland with Katie's mother Kathleen and Andrew Lloyd Webber’s School of Rock back in March.

Katie's August 16 outing with Suri comes just a few days after supporting her reported boyfriend Jamie Foxx. The actor performed on Saturday at Barbra Streisand's concert in New York, singing with the songstress The Sound of Music's "Climb Ev’ry Mountain." The low-key couple have never publicly spoken about their romance.