Now that the Olympics are over for Michael Phelps, it's time for the Olympian to think about another major life event — his wedding to fiancée Nicole Johnson. During his final interview in Rio on Monday, the 31-year-old shared his plans for his upcoming nuptials.

"Small wedding, big reception. That's what we want," he shared on Access Hollywood. "We had an exciting last couple of months in the year and we're finally getting married and continuing, I guess, on our little family." 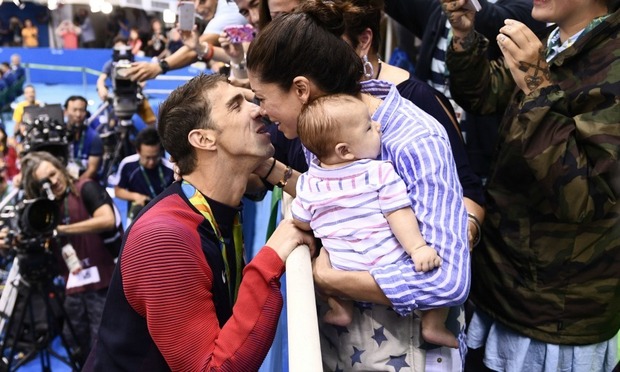 Michael celebrates his 19th Olympic gold with a kiss from Boomer

Michael and Nicole, 31, are parents to three-month-old son, and Olympic-style superstar, Boomer Phelps. When asked if his son has been tapped for the role of "best man," the Maryland native, wasn't so sure. "He might be able to walk," he quipped. "I don't know if he'll be able to take a couple of steps, but he's growing so fast. Just his strength, keeping his head up and standing on his feet, I think he's moving fast, but that's just me." 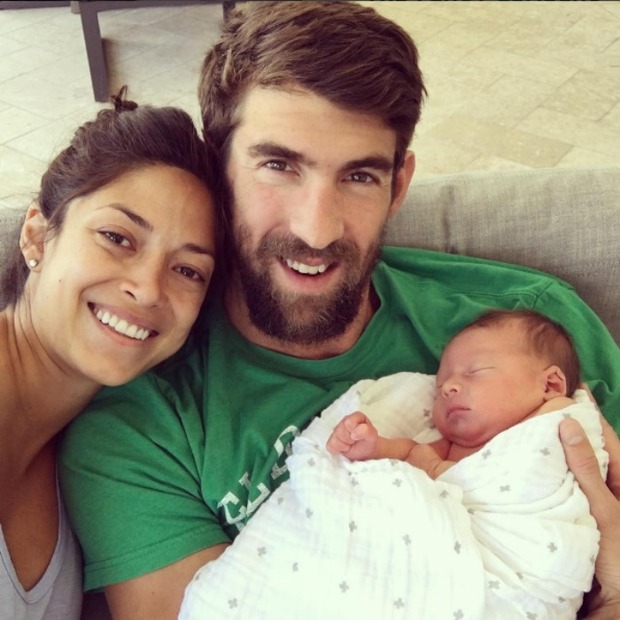 Michael and Nicole got engaged in February 2015 Photo: Instagram/@nicole.m.johnson

One thing the most decorated Olympian of all time was sure of was getting back the love of his life in 2014 after breaking up. "I guess we both had to go through some things in order to get to this point in our life right now," he said during the interview. "And, you know, I always said that if I ever had the chance to get her back, she was going to be the one that I spend the rest of my life with and I was able to have that opportunity."

He continued about the former Miss California, "I wanted just to tell her how I felt, I didn't want to live my life without her and have her not knowing how I felt. I was ready for whatever she said to me. Either ready to move on or try again, but I wanted to just express my feelings to her and that was something that changed our life and put us where we are today which is the best we've ever been."

THE BEST VIRAL MOMENTS OF THE 2016 OLYMPIC GAMES

Nicole and Boomer have been in the stands cheering Michael on since the start of the 2016 Olympic games in Rio. Michael swam his final Olympic race on Saturday bringing his overall medal count to 28, with a grand total of 23 gold medals.