There is such a special bond between a young girl and her grandmother, and Hillary Clinton makes sure she doesn't miss out on any important moments in granddaughter Charlotte's life, even when she's on the campaign trail. 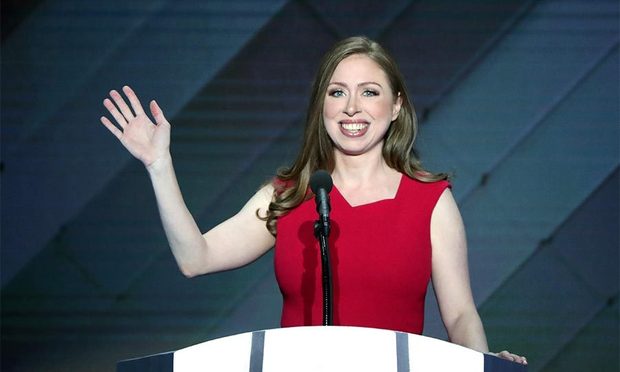 Chelsea gave an emotive speech about her mother at the Democratic National Convention Photo: Getty Images

Charlotte, Chelsea Clinton's two-year-old daughter “loves FaceTiming with grandma,” Chelsea revealed at the Democratic Convention on Thursday. “My mom can be about to walk onstage for a debate or a speech, and it just doesn't matter. She'll drop everything for a few minutes of blowing kisses and reading Chugga Chugga Choo Choo with her granddaughter.”

CHELSEA CLINTON AND IVANKA TRUMP: THEIR FRIENDSHIP AND PARALLEL LIVES

The 36-year-old also spoke about her pride in her mother, and all that she has achieved. “I'm here as a proud American, a proud Democrat, a proud mother and tonight, in particular, a very, very proud daughter. Everyday I spend as Charlotte and Aidan's mother, I think about my own mother – my wonderful, kind, thoughtful, hilarious mother." 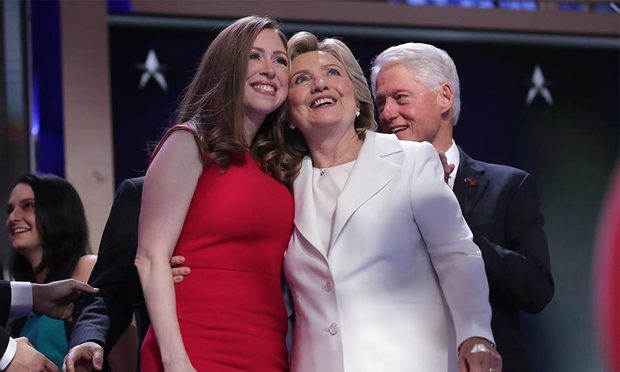 In her speech Chelsea said that her mother was a role model to her and all women Photo: Getty Images

Equally feeling the love, Hillary tweeted a picture of herself looking emotional while watching her daughter's speech on a TV screen back stage. “So proud,” the presidential hopeful captioned the sweet picture. 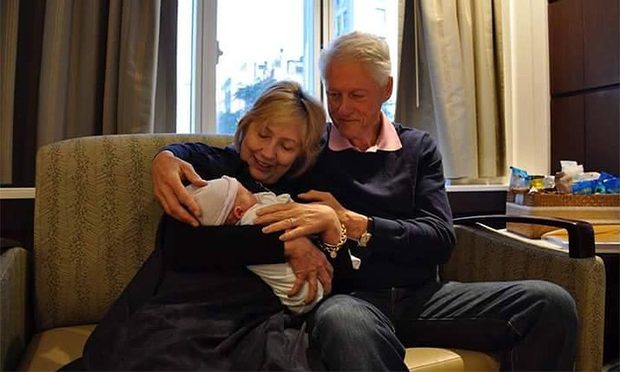 Marc Mezvinsky , Chelsea's husband, sat next to her father, former President Bill Clinton, in one of the front rows at the convention. The pair both beamed broadly as they watched the mom-of-two deliver her moving speech.