Nicky Hilton has continued to stay chic post-baby by turning even the most mundane new mommy accessory into a major style statement. Case in point: her daughter Lily-Grace Victoria Rothschild's stroller.

The 32-year-old pushed her precious cargo down the streets of New York City on Tuesday in a black pram designed by Jeremy Scott for Cybex. The stylish chariot fit for the heiress’ daughter features gold accents and wings on the side. 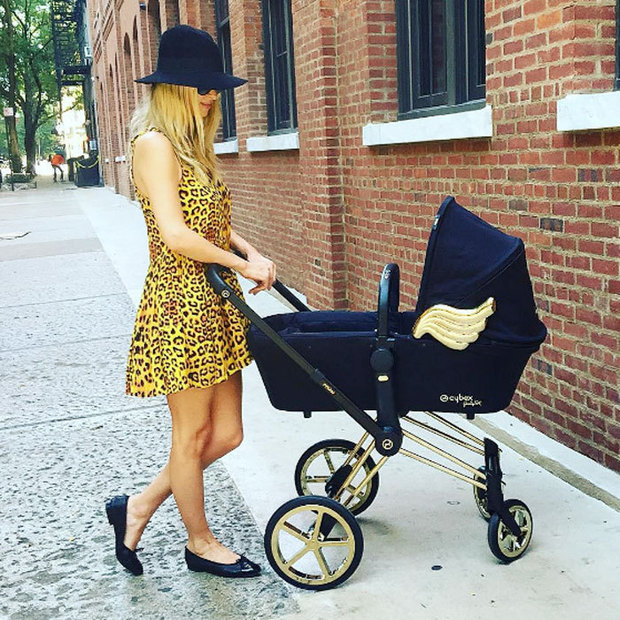 Sharing a photo of herself looking down at Lily-Grace in the carriage, Nicky wrote, “Morning stroll.” The new mom looked stylish in a leopard print summer dress, which she accessorized with a wide brim hat, shades and black pointed flats.

It should come as no surprise that the socialite's style has also translated into her daughter’s chic nursery. The first-time mom recently gave fans a glimpse at Lily-Grace’s sweetly decorated room, simply captioning the photo, “#heaven.”

Nicky and James Rothschild welcomed their little girl in early July. Ahead of her niece's arrival, Paris Hilton threw her sister two lavish baby showers one of which was held at the Hotel Bel Air, where it was revealed that Nicky and James were expecting a baby girl. 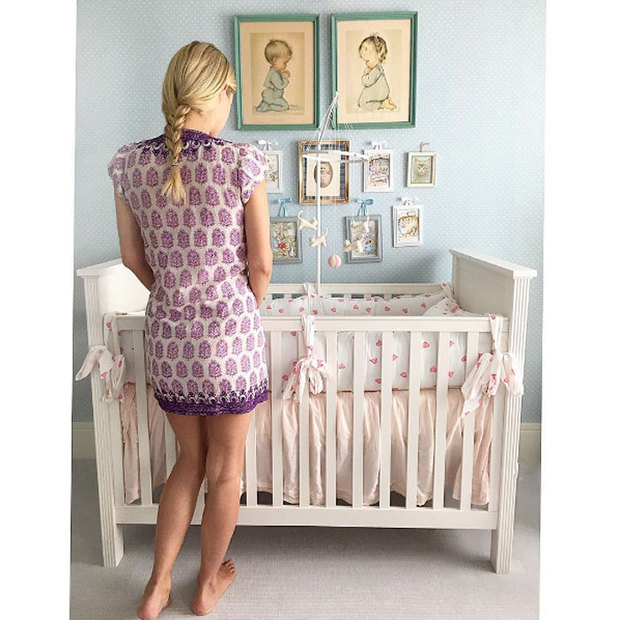 "My sister is literally the most beautiful fashionable pregnant woman I've even seen in my life! #Glowing #Gorgeous," Paris attached to an Instagram photo of her then-expectant sister at the celebration. Nicky continually wowed fans with her flawless maternity style throughout her pregnancy and has continued to do so post-baby.

FROM BLUSHING BRIDE TO GLOWING MOTHER: A LOOK AT NICKY'S LIFE

Just a couple days after her daughter's arrival, the mom-of-one commemorated her first wedding anniversary to husband James, penning a sweet tribute that read: "Thankful for the best anniversary gift ever our beautiful daughter Lily-Grace."