Prince Albert II of Monaco and Leonardo DiCaprio may seem like unlikely friends, but the royal was very supportive of the Hollywood star on Wednesday night when he attended the Leonardo DiCaprio Foundation dinner in Saint-Tropez. Grace Kelly's son traveled 85 miles to the small town in the South of France to attend the charity gala that raises money and awareness for environmental issues and their research. 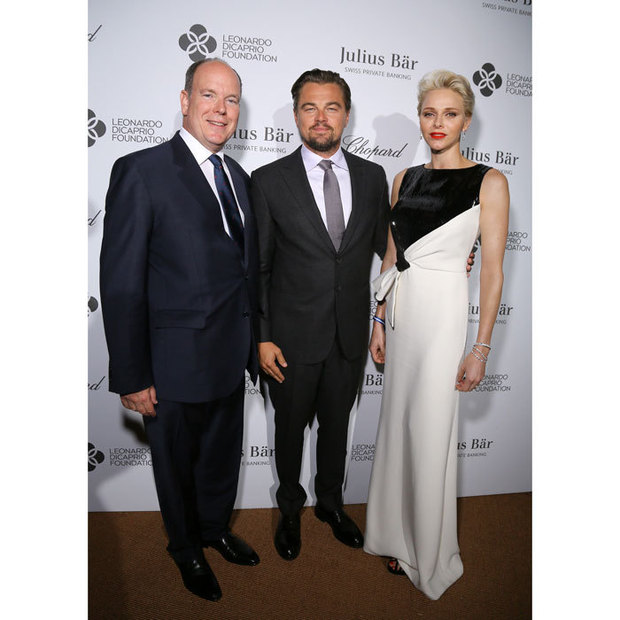 Prince Albert was given an award at the gala Photo: Victor Boyko/Getty Images

At the star-studded evening, that went on to raise $45 million, the 58-year-old Prince was honored with the foundation's first “New World Leadership Award.” The award recognizes the legacy of environmental conservation displayed by its recipient.

PRINCE ALBERT AND OTHER ROYAL DAREDEVILS

Albert was accompanied to the glamorous event by his wife of five years, Princess Charlene. The mom-of-two stunned in a monochrome gown and bold red lip. Aside from the royal attendees, many other famous faces turned up to support the Revenant actor and his charity. Models, including Joan Smalls, Doutzen Kroes and Lily Donaldson, mingled with some of Hollywood's finest stars like Kate Hudson, Tobey Maguire, Jonah Hill, Bradley Cooper and Edward Norton. 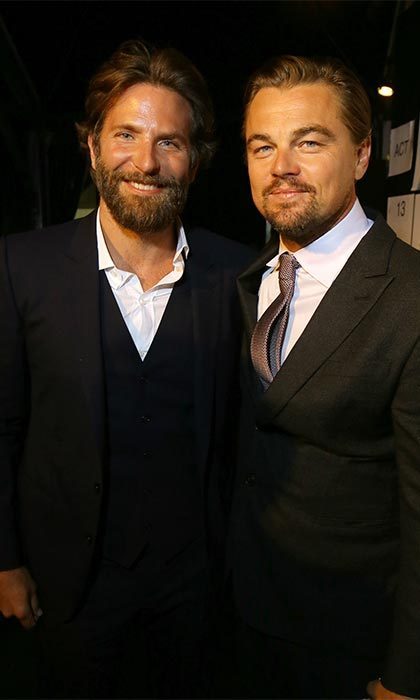 Leonardo's close friend Mariah Carey also took time out of her French vacation to attend the event. The We Belong Together singer uploaded a picture of her cuddled up to the actor and congratulated him on the successful evening, “Great job Leo,” she captioned her snap.

Lana Del Rey , The Weeknd and Andrea Bocelli were among the performers that played for the guests. During the evening, there was also an auction that featured diamond cufflinks Leo wore when he won his Oscar, a week on set with Martin Scorsese, an evening with Mariah Carey and the Terminator Genisys skull donated by Arnold Schwarzenegger. 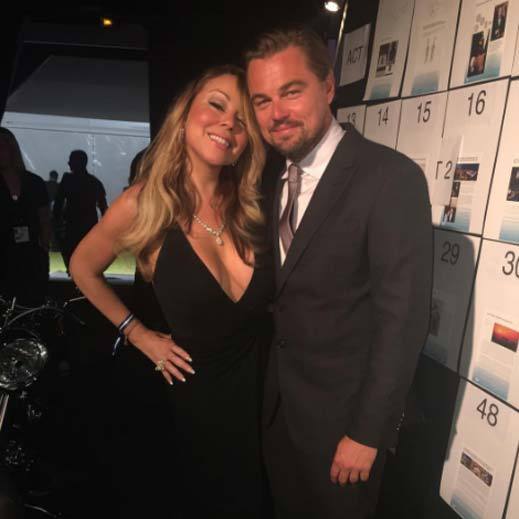 "Great job Leo," Mariah Carey was very proud of her friend for putting on the incredible evening Photo: Instagram/@mariahcarey

As well as focusing on environmental problems, the evening also honored those affected by the recent Nice attacks, with the foundation donating a portion of the gala's proceeds to GiveforFrance.org.