Pretty in poppies! Pippa Middleton made a glamorous return to Wimbledon on Monday stepping out in a floral printed summer dress by Suzannah. Kate Middleton's younger sister looked as stylish as ever donning the $1,872 silk crepe number.

The 32-year-old looked ultra feminine in the Monaco Dress Hayward Print frock that featured a delicate fluted hem and cape frilled neckline. Pippa accessorized her chic daytime look with a red clutch and round brown-rimmed sunglasses, while wearing her glossy locks down in loose waves for the first day of the tennis championships. 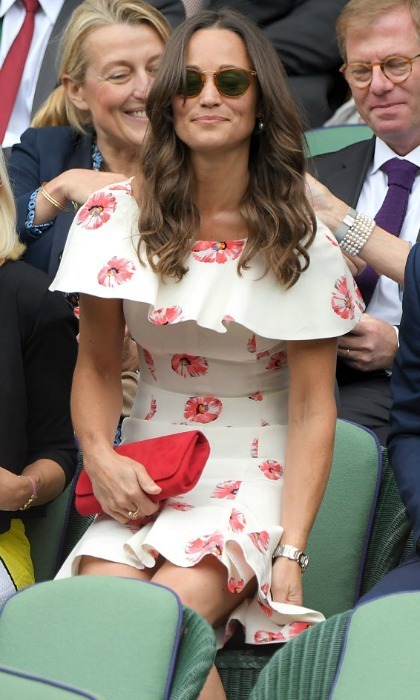 Pippa made a glamorous appearance at Wimbledon in a poppy printed dress Photo: Karwai Tang/WireImage

The party planner was joined by her brother James Middleton for the match. The siblings sat center court in the royal box to watch British player James Ward play world number one Novak Djokovic. Pippa appeared to enjoy the outing, laughing with her brother and fellow tennis goers, which included Pitch Perfect star Rebel Wilson.

The Australian actress was seated in front of the Duchess' sister and brother, 29 — and looked just as animated as Pippa watching the match. Rebel shared a photo of herself from the opening day that she captioned, "Having such a grand time in the Royal Box at opening day of Wimbledon." 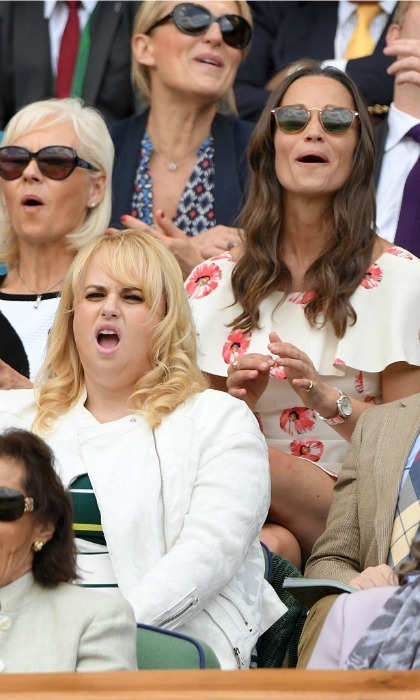 Prince George's aunt, who is a huge tennis fan, is often a regular in the royal box during the Wimbledon tournament. It is likely that the June 27 appearance won't be Pippa's last at the competition this summer. 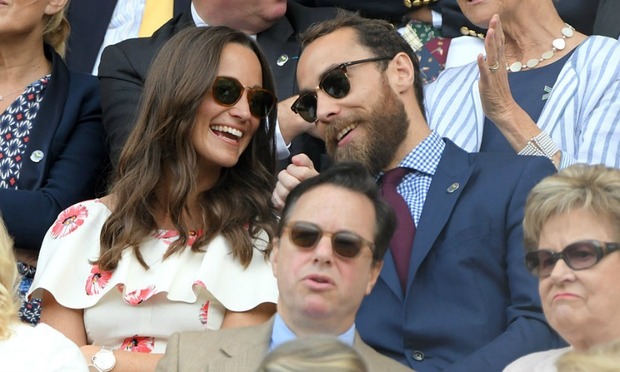 Kate's sister and brother James were seated in the royal box on the opening day of the championships Photo: Karwai Tang/WireImage

Royal fans will also be eager to catch a glimpse of the Duchess of Cambridge at the tennis match. Kate attended the Wimbledon quarter finals with husband Prince William just weeks after welcoming her daughter Princess Charlotte in 2015.

The royal mom-of-two is almost certain to make an appearance at the championships at some point in the next two weeks as it has been reported that she may be announced as patron of the All England Lawn Tennis & Croquet Club. Kate's new role is expected to be officially announced during the tennis tournament this summer, after Her Majesty steps down following 64 years as patron.