No shade throwing here. Anne Hathaway has apologized after finding herself in a bit of a rabbit hole on Monday after posting, then deleting a meme on Instagram involving the Kardashians.

It never occurred to me I was pitting anyone against each other. Not my style. Peace x


Hours after posting the social media faux pas, Anne deleted the image and cleared the air with a new post. The Intern star made light of the situation, uploading a funny apology message that stated: "Post removed for unintended shade thrown.”

Attached to the new Instagram, the mom-of-one wrote, "It never occurred to me I was pitting anyone against each other. Not my style. Peace x.” 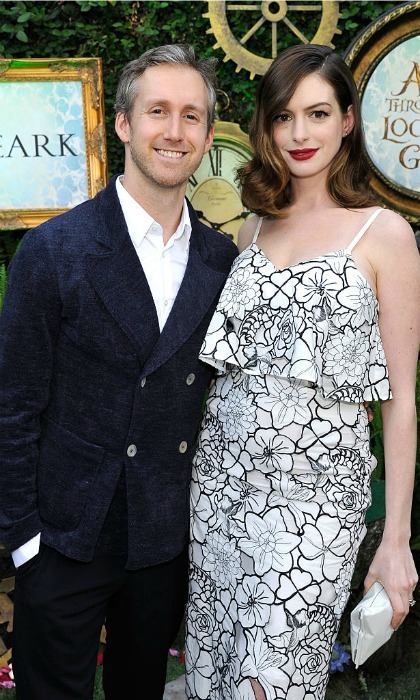 Anne recently welcomed her first child — Jonathan Rosebanks Shulman — with husband Adam. During an appearance on The Ellen DeGeneres Show on Tuesday, the 33-year-old admitted that "being a mom has changed" her in a couple ways including her confidence.

"I work out in West Hollywood, so you see, like, Thor’s trainer, like the people who have too many muscles to be in The Avengers. That's who works out at my gym — so I would normally walk in and feel so intimidated,” she said. “But I walk in, I’m like, ‘Yeah I work out with 5 lb. weights, but I pushed a baby out of my body, I feel good right now.’”

WOMEN WE LOVE FOR THEIR POSITIVE BODY IMAGES

She added, “So I don’t care what I look like. I feel great!"