Gwen Stefani appears to have a little rockstar on her hands. During rehearsals on Thursday for her upcoming This Is What the Truth Feels Like tour, the No Doubt front woman shared a series of snaps featuring a special guest performer — her two-year-old son Apollo Bowie Flynn Rossdale.

Dressed in a blue jumpsuit with a color-coordinated bandanna wrapped around his neck, the tot hijacked his mom’s rehearsal session with an adorable rendition of Old MacDonald Had a Farm.


While standing on a set of colorful blocks, Apollo sang for the camera, “Old MacDonald had a cow, E-I-E-I-O!” Gwen’s youngest son even got down with a set of drumsticks in the air as he banged them together, while walking around with a pacifier in his mouth.

Check out Gwen as you've never seen her

The 46-year-old is also a mom to sons Kingston, 9, and Zuma, 7, whom she shares with ex-husband Gavin Rossdale. Since announcing her divorce last summer, Gwen has moved on to dating country crooner Blake Shelton. 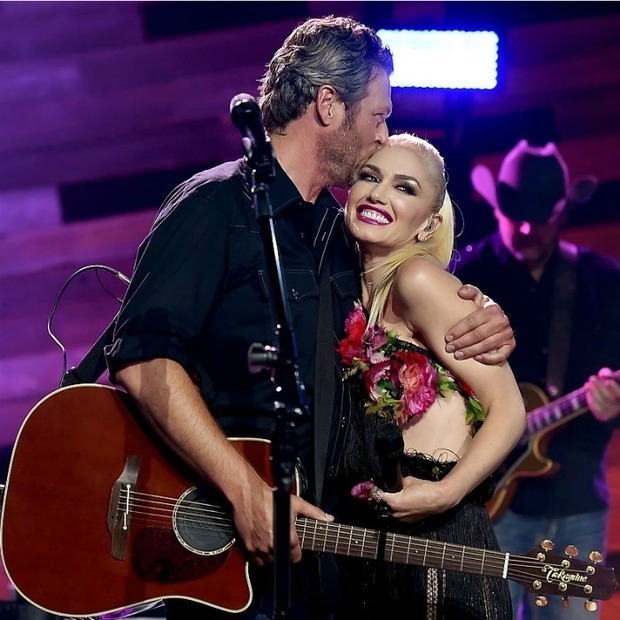 Earlier this month, the singer accompanied his girlfriend and her children to the Los Angeles premiere of The Angry Birds Movie. There, Blake joked to Entertainment Tonight that he "faded off into the blur" because of the film’s stars that were in attendance.

"[Gwen’s kids are] so used to me hanging around, it's just Blake to them,” the country star said, adding “That's good though.”