It seems Madonna and her son Rocco are getting their relationship back on track. The singer shared a picture of herself with her son, suggesting that they had reconciled following four months of estrangement during a custody battle with the singer's ex-husband, Guy Ritchie.

The mom and son looked happy and relaxed as they posed with a group of friends at the popular London club, Chiltern Firehouse. The singer captioned the photo: "Fun in London with my homies." Madonna was seen publicly with her son for the first time in months Photo: Instagram/@madonna

The 57-year-old returned to London earlier this month in a bid to see her son for the first time since December after reports suggested Madonna was concerned that the 15-year-old had missed too much school after holidaying with his dad in the Maldives.

On Thursday morning, Madonna was seen visiting Rocco's North London school to discuss his academic progress with his teachers. Wearing a long black coat and black cigarette pants, the 57-year-old appeared to be engaged in a deep conversation with the head teacher of the school, before leaving with a smile on her face.

On Wednesday evening, Guy was spotted dropping Rocco off at Madonna's London home, where he stayed for two hours before leaving in good spirits. 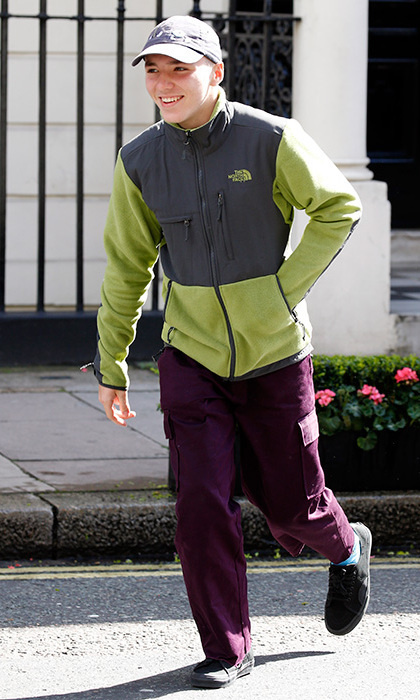 Guy and Madonna, who divorced in 2008, are in an ongoing dispute over custody for Rocco, and have been advised by the High Court Judge Mr. Justice MacDonald to resolve their conflict for the sake of their son, so they can enjoy the remainder of his "precious" childhood.