Is a toast in order for ex-spouses Madonna and Guy Ritchie? The 47-year-old film director was spotted at the Rebel Heart singer's London home for the second time in a week. Guy was seen exiting his car with a bottle of Chateau Lynch Bages wine and heading into the pop singer's house. 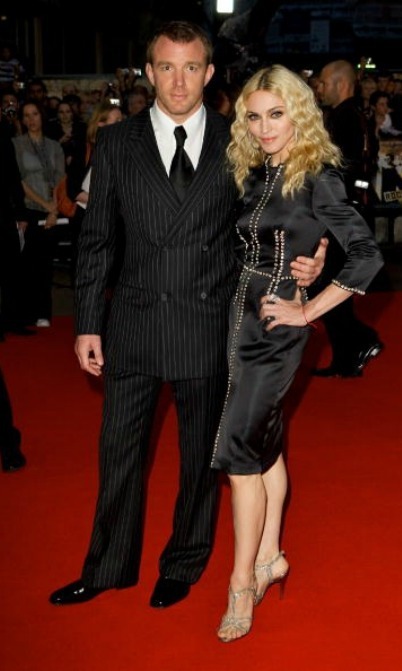 Madonna, 57 and Guy ended their marriage in 2008, after eight years. The famous exes are currently in the middle of a heated custody battle involving their 15-year-old son Rocco. The dispute began last December, when a judge ordered the teen to return to New York, where Madonna resides, after living in London with his father. Rocco remained in Britain, and has continued to attend school there.

After a March hearing, a court-appointed attorney called the highly-publicized battle "stressful" for the teen. 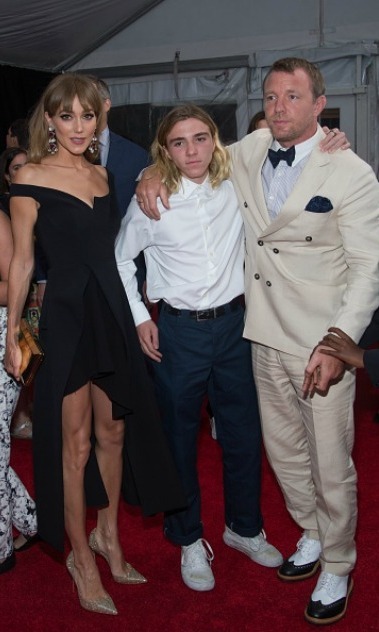 Rocco, seen with dad Guy and the director's wife Jacqui Ainsley, is currently residing with is father in London Photo: Getty Images

"In almost every conversation, [Rocco] has stressed to me how stressful [the very public custody battle is]," said the attorney. "He is going to school now, which is a great step forward, and the parents should be commended that they were able to reach this decision... He's enjoying himself there; he's having a good educational experience; the school seems to be a great fit for him."

I miss this boy so full of life so full@of@love! I hope we see that Leo Sun soon. The light is blinding!

While she has remained silent about the legal proceedings, Madonna, who is also mother to Lourdes, 18, David, 10, and Mercy 10, has shared a few pictures of her son on social media attached to sweet messages. "I miss this boy so full of love! I hope we see that Leo Sun soon. The light is blinding," she captioned the picture of Rocco sitting in the sun.