Coachella was a family affair for the Crawford-Gerber bunch. Cindy Crawford and her gorgeous family headed out to the desert to enjoy the first weekend of the 2016 Coachella Valley Music and Arts Festival in Indio, California.

On April 14, the supermodel’s husband, Rande Gerber, shared a video clip of his 14-year-old daughter Kaia Gerber, (literally) rolling out for the music event. He captioned the clip of Kaia rolling around on her suitcase, “Coachella bound.”


Cindy and her man kicked off day one of the weekend in style. The 50-year-old model posted a picture of herself dressed in the festival’s typical bohemian attire with Rande. Alongside the photo she wrote, "Music, SPF, and @randegerber. Coachella x 1.”

Cementing their status as two of the coolest parents in Hollywood, Cindy and Rande took in music sets during the festival. On day two, the brunette beauty snapped a photo of herself and Rande enjoying a performance by Guns N’ Roses while surrounded by other event goers. She captioned the smiling post, “Me and my man@randegerber at @gunsnroses! Coachella x 2.” 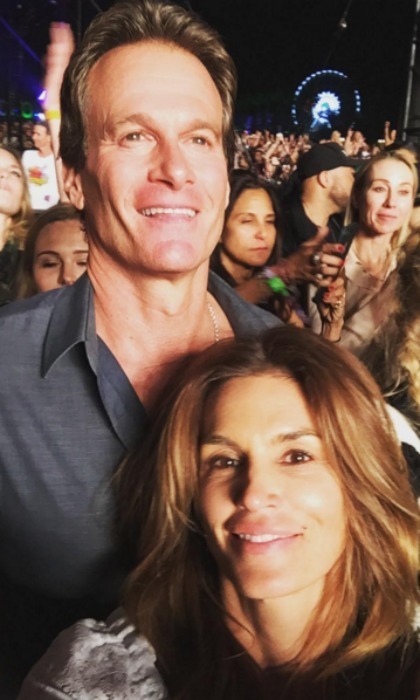 The couple's teen son Presley Gerber was also on hand for the rock band's set. Attached to a photo of the group performing on stage, he penned, "Only reason I came to Coachella!"

In true post-vacation fashion, the famous family's fun weekend culminated on the couch. Cindy took to her Instagram on Sunday to document the Coachella aftermath. Posting a picture of her daughter stretched out across a couch, beside her father, Cindy wrote, "Coachella took it out of them.” 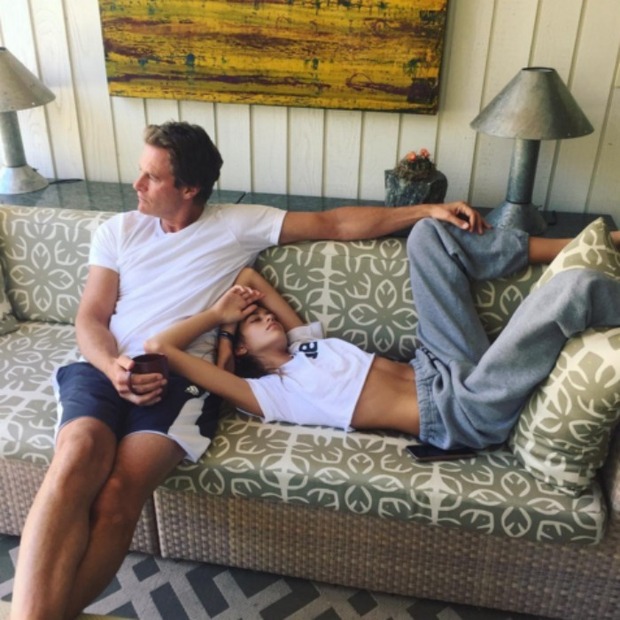 During the 2016 music festival, Kaia was photographed hanging out with fellow model Kendall Jenner. Last year, the budding model's mom revealed to E! News that her daughter "loves Kendall Jenner."

While Kaia has already landed a number of modeling gigs, Cindy has admitted in the past, that she hasn’t pressured her daughter to chase a career in the spotlight. She previously told Kaia, "Your dad and I want you to be happy – whatever that may mean – so if modeling is something you like and want to continue, I can provide a road map and help you make good choices."

Cindy added, "But we also want to preserve your childhood and let you be a 14-year-old when you're 14. There's no rush."