In case you didn’t think Jennifer Lawrence could get any more real, she just did. The Oscar winner opened up in the May issue of Harper’s BAZAAR where she discussed men, making friends and creating a “new normal-body type” in Hollywood.

The actress, who is currently single, certainly doesn’t need a man to take care of her. Jennifer admitted to the publication, “I don't have a boyfriend,” so when it comes to buying jewelry she said, “I have to do that s**t on my own."

The 25-year-old, who has previously dated actor Nicholas Hoult and was more recently linked to Coldplay singer Chris Martin , revealed that she doesn’t have a type when it comes to men. Jennifer said, “I don't think so because patterns are the work of the devil.” She added, "If I think about all of my ex-boyfriends, they are all so uncomparable."

PROOF THAT JLAW AWAYS HAS A REALLY GOOD TIME

However when she does stay out late, Jennifer's evening generally ends up with her getting sick. Pal Emma Stone can attest to the actress’ habits. Recalling their outing to see Adele, she said, “[Emma] just started rubbing my back. She was really sweet. I was like, 'Get out of here. It's so gross.”

Despite being an A-list star, Jennifer isn’t guarded when it comes to making new friends and in fact she makes them quite easily. She said, “I do, which is actually surprising. There were a few years where I had to get used to everything, but now I am. I don't have to be wary of people; it's fine." Though the Hunger Games actress admitted that sometimes she feels as if people are “intimidated” by her. “I try to do the best I can to offset that," she said. "There is zero reason to be intimidated by me. At all. But I also understand it." 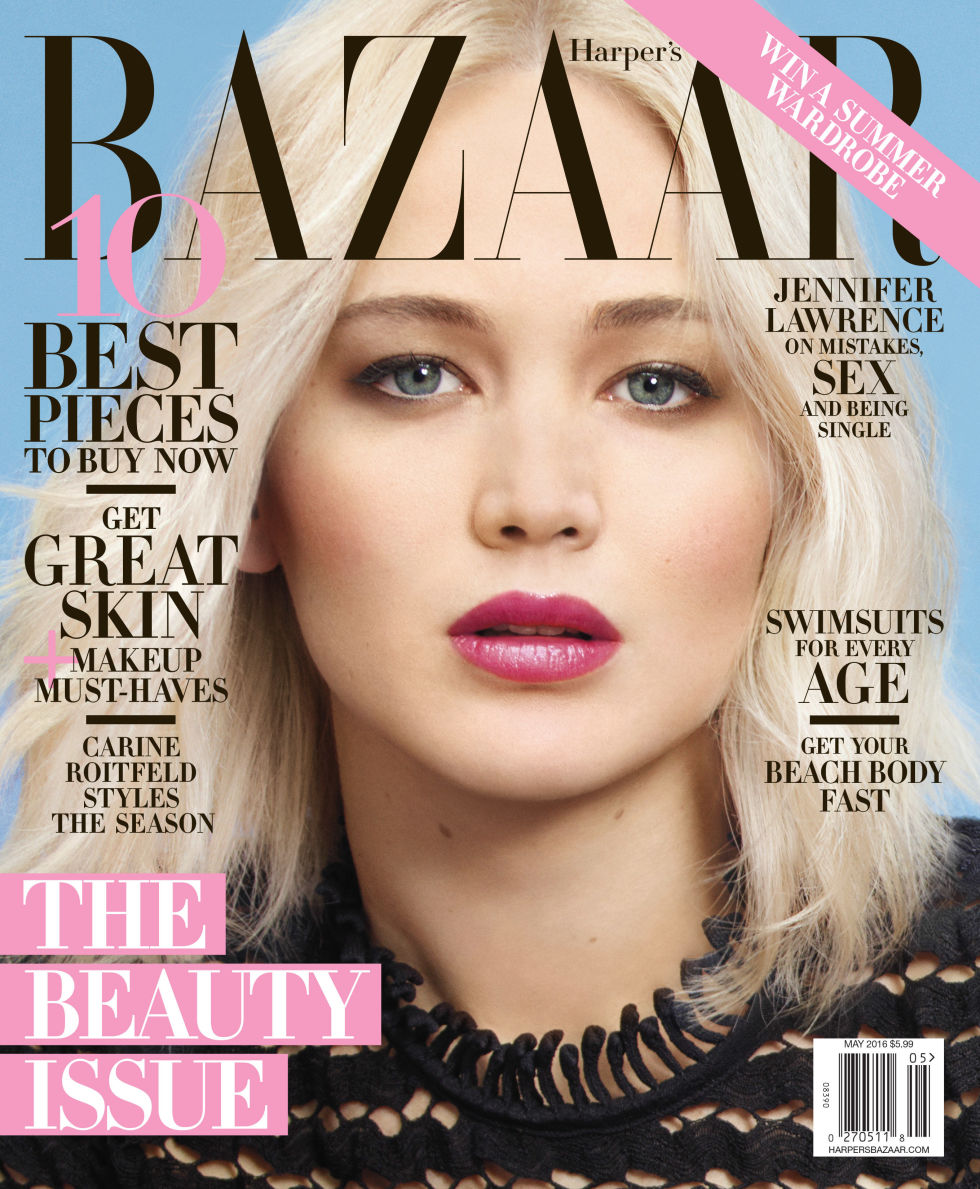 During the candid interview, the Kentucky native, who has called for equal pay in Hollywood, also revealed that there is another element of the industry that she would like to change. "I would like us to make a new normal-body type," she said. "Everybody says, 'We love that there is somebody with a normal body!' And I'm like, 'I don't feel like I have a normal body.' I do Pilates every day. I eat, but I work out a lot more than a normal person.”

WOMEN WE LOVE FOR THEIR POSITIVE BODY IMAGE

The blonde beauty continued, “I think we've gotten so used to underweight that when you are a normal weight it's like, 'Oh, my God, she's curvy.' Which is crazy. The bare minimum, just for me, would be to up the ante. At least so I don't feel like the fattest one."