The one that could have been starring Jennifer Aniston and Jake Gyllenhaal. The Demolition actor recently admitted to EW’s Jess Cage that he had a bit of a crush on his 2002 The Good Girl co-star. "She's a rough one, you know, not likable. So hard to compliment," he joked.

Jake continued, "I will say, I had a crush on her for years. And working with her was not easy...I was–um, yeah. That's all I'm going to say. It was lovely. It wasn't hard, that's what I would say.” 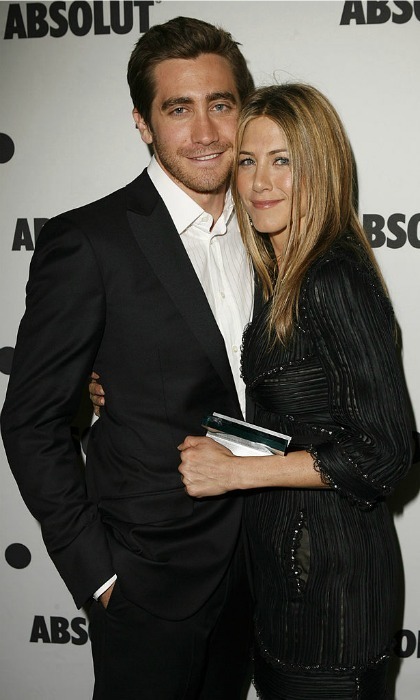 As it turns out, it wasn’t just the actress’ beauty or her hit show Friends that won a young Jake over at that time. "Not so much Friends, but kind of her personality from afar, and movies she was in," he said. "And some of Friends – I'm not a huge Friends fan – but who she is.”

Sadly the 35-year-old missed out on his chance. Jennifer tied the knot in secret last year to her longtime boyfriend Justin Theroux, but he did date Oscar-winning actress Reese Witherspoon. The two, who met on the set of their 2007 political thriller film Rendition, split back in 2009.

Discussing his ex, the actor said, "She is, as I would say about most of the women who I'm close friends with or had relationships in my life, one of the smartest, strongest people I've ever met." 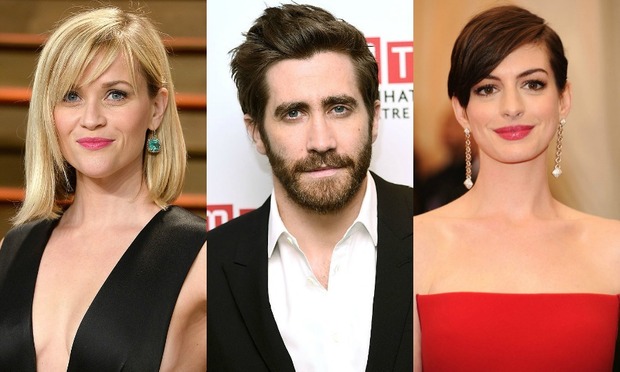 Reese is just one of several leading ladies that the dashing movie star has shared the screen with. Jake also starred with Academy Award winner Anne Hathaway in two films — Brokeback Mountain and Love and Other Drugs. When asked about the expectant mom, the actor admitted, "[She is] a massive talent, and a really brilliant and sometimes confusing human."

He added, "She's one of the most adventurous people I've ever met ... When I first met her, and even now, even knowing her for a long time, Anne is somebody who would just not really want to get into the party – she is the life of the party and the person who will jump off the cliff first. She really is! I love contradictions in people, she happens to be that. I think she's probably one of the most talented actresses of our generation."