Keith Urban’s upcoming album Ripcord already has wife Nicole Kidman up on her feet. The Oscar-winning actress, 48, raved about her husband’s forthcoming record and his track collaboration with Pitbull at the American Country Music Awards, Sunday evening.

Discussing Keith and the Miami native’s song, Sun Don't Let Me Down , she told Entertainment Tonight, "I definitely danced to that one .” 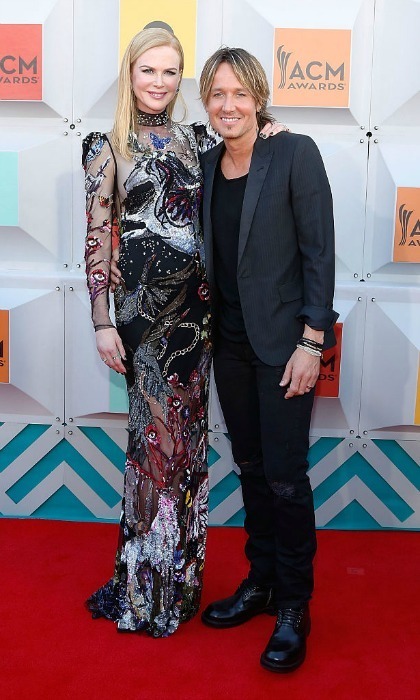 "It is such a crazy good album," she revealed. "I've been living with all the songs -- and even the songs that didn't make the album. I've seen the work [Keith] puts into it and the love. He's a musician, so every little tiny detail is all him, and I love that. I love that he's passionate about his music."

HIGHLIGHTS FROM THE 2016 ACM AWARDS

Also making an appearance on the country artist’s ninth studio album is fellow country superstar Carrie Underwood. The 48-year-old made the surprising announcement Sunday on the red carpet saying, “ Carrie's on the record -- Carrie Underwood's on there, as well."

The American Idol judge previously admitted to ET that his wife of nearly 10 years plays an important role in his album process. "Nic, of course, hears everything over the course of about 15 months [that] I've been working on this record, so she's heard everything over, and over, and over again," he said.

Keith added, "I'm interested in how I respond just when she's listening. Without her saying anything, I have a particular response that's not necessarily the same without her. So, it's important. I need the girl view!"

Ripcord is set to drop May 6.