It looks like Arabella Kushner has this big sister thing under control! Ivanka Trump and Jared Kushner's four-year-old daughter shared a precious moment with her newest brother. In a video posted on Ivanka's Instagram, Arabella sings a sweet song for her just days-old brother, Theodore.

The businesswoman is not shy about sharing her family's sweetest moments. On Monday, the new mommy shared a video of her husband Jared and their two-year-old son Joseph introducing Theo into the boys' club. 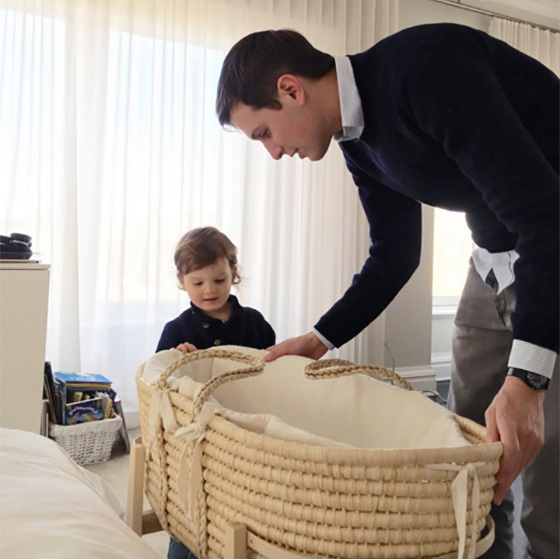 "Sweet moments with baby Theo," she captioned the picture on her Instagram, that shows Jared and Joseph gazing into little Theo's bassinet.

Since little Theo's arrival on March 27, the Kushner clan has been beaming over the new bundle. Ivanka shared a glimpse at a moment between big sister Arabella, proud papa, Jared and Theo after his arrival. "This is love #bliss," she captioned the picture of a sleeping Theo being held by his father while Arabella stands behind him.

Ivanka can always count on her family to bring the aww-worthy moments.