Jake Gyllenhaal has dance moves that would make the crowd sick, literally! During the AOL Build series panel for his new movie Demolition, the 35-year-old actor dished about his dancing skills, which he shows off in his new film. 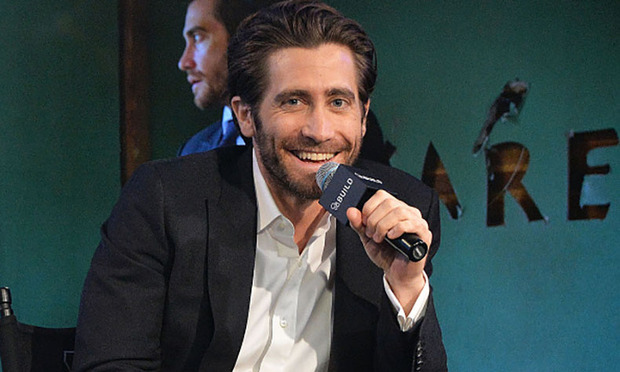 Jake joked about his dance skills – but has a serious goal to get to Broadway Photo: Getty Images

"I got moves that would make you nauseous," Jake replied when asked about his dancing. "We would be shooting and Jean-Marc [director] would be like 'Okay, we’re done with that scene, do you want to take the camera outside and dance a little bit?' and I’m like 'Oh my god.'”

In his new film, Jake plays a man who loses his wife to a terrible accident, and finds friendship in a vending machine operator (Naomi Watts) and her son played by up-and-coming actor Judah Lewis.

The Southpaw star wasn't the only person to bust a move for director Jean-Marc Vallée. Judah admitted that the entire cast showed off their dancing during filming.

"Actually when I auditioned, I Skyped with Jean-Marc and he actually made me dance to some of the songs on the playlist," Judah quipped. "Pretty much everybody on this panel, at this point danced for Jean-Marc." 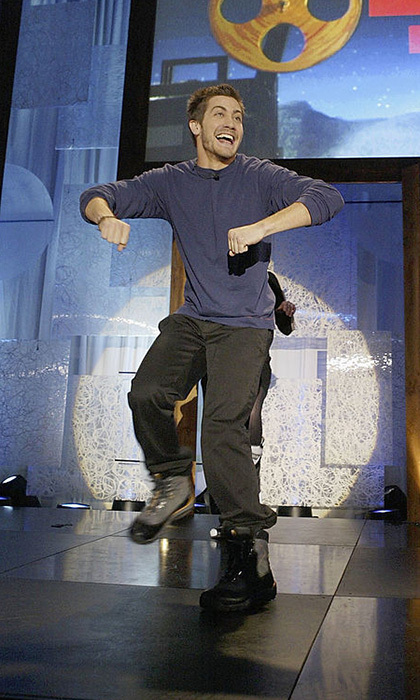 His dancing skills go way back – here he is in 2004, busting a move at Sundance Photo: Getty Images

When it comes to taking his talent, and dancing feet, from the big screen to the stage, Jake, who did a brief stint in a production of Little Shop of Horrors in NYC last summer, said he is struck with the Broadway bug.

"Absolutely, it's like my joy," he shared. "I do really, really want to get up and do a musical on Broadway sometime. It's a huge commitment. I do have incredible dance moves, so it you want to come to the theatre and get nauseous and pay $250 to throw up, we’ll give you your own cup.

"No really, I don’t know about the dancing part – but acting through singing and expressing yourself through the music is a big part of what is in my heart, so I would love to do that."