Did you miss your old familiar friends ? If so, don't worry because they’re back! Netflix released on Thursday, January 7 the first photos from the set of their upcoming original series, Fuller House.

The pictures from the reboot of the ‘90s family sitcom, Full House, show the Tanner family together again in their San Francisco Bay townhouse — with the exception of Michelle Tanner (played by Mary-Kate and Ashley Olsen). 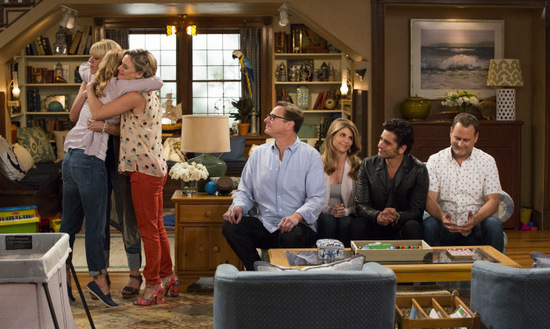 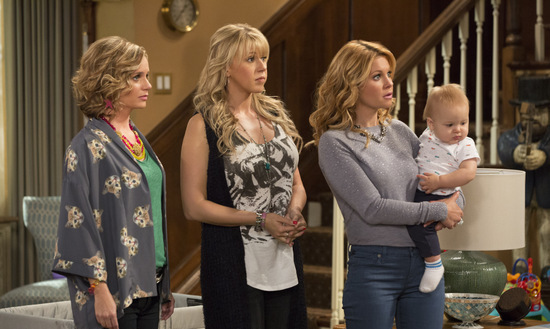 The continuation of the original show, which began in 1987, will play out in a 13-episode series that will be released on Netflix, February 26. The new show will focus on Candace’s character D.J., who is a widowed mother to three boys. D.J. enlists the help of her aspiring musician sister Stephanie and fellow single mom Kimmy — who has a her feisty teenage daughter Ramona — to help look after her sons. 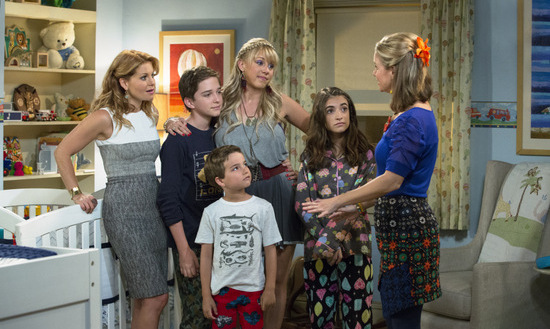 Sadly fans won't be seeing a grown-up Michelle Tanner in the house. John Stamos revealed on Howard Stern's SiriusXM radio show that while "[The Olsens] seemed very into it, they just were afraid of acting [again]."

He added, "They hadn't acted, they don't consider themselves actresses, I don't think so."

And when the fashion designers decided against joining the reboot, John considered using their younger sister Elizabeth Olsen, however the actress was not available. John told Andy Cohen on his SiriusXM radio show, "We talked to her agent and her agent was like, 'Come on, she's not going to do that. But we did call her agent."

WATCH THE FULLER HOUSE TRAILER BELOW