Everyone is being infected by Star Wars fever, and celebrities are no exception. Many famous faces have been spotted dressing up as characters from the iconic films to celebrate the release of the latest installment.

Country music singers Faith Hill and Tim McGraw didn’t miss out on the fun and dressed up as characters to wake up their children. “Good morning… This is how we woke up our kids!! Happy #StarWars day! #TheForceAwakens” wrote the “Like We Never Loved at All” singer on her Instagram page to her 280k followers.

CLICK HERE FOR ALL THE CELEBRITY FANS OF STAR WARS 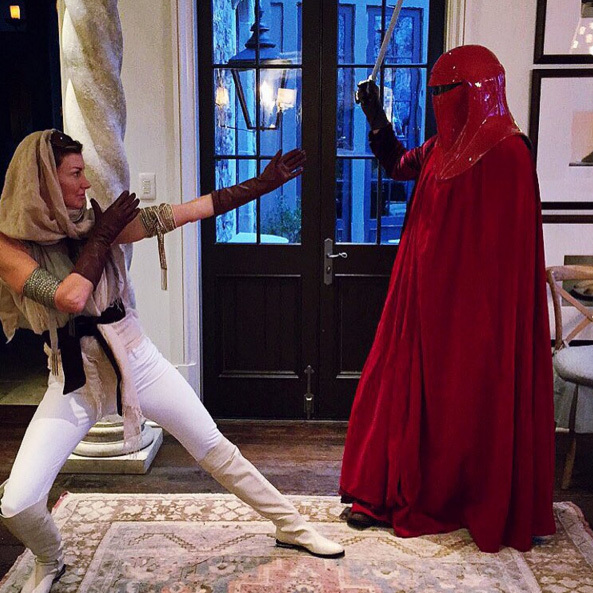 Faith Hill and husband Tim McGraw had fun dressing up as Star Wars characters to wake their kids Photo: Instagram/@faithhill

Excited to get their children involved Neil Patrick Harris, Zoe Saldana and Mark Zuckerberg dressed up their kids in character's outfits. Newborn baby Max Zuckerberg looked ever the part wrapped up in a brown swaddle with a lightsaber and surrounded by fellow Star Wars characters. “The force is strong with this one,” wrote proud dad Mark.

Showing that kids aren’t the only ones allowed to dress up, funnyman Joseph Gordon-Levitt took to The Force Awakens premiere dressed as Jedi master Yoda. Walking the red carpet, the Inception actor wore green pajama bottoms, a white bath robe, a green hat with yoda ears and finished off his look with green face paint to complete the transformation. 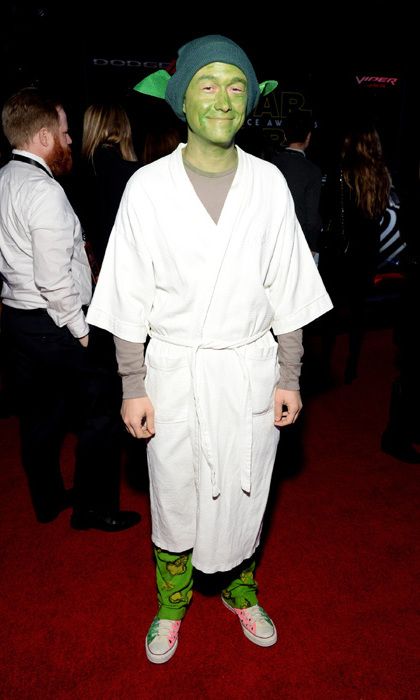 The film, that was released on December 16, has already shown promise to be the biggest film of the year. Within two days of it being available in theaters, the movie has already made $14.1 million and has broken the record for advanced ticket sales which will bring in more than $100 million.

Although the latest film has just been released there is already speculation about the next installment. Fans were delighted to hear that the next movie in the series has been confirmed and will be directed by Rian Johnson.