Time magazine has named German Chancellor Angela Merkel as their Person of the Year. The publication uneveiled their 2015 honoree on Wednesday morning.

The 61-year-old, who became the Chancellor of Germany back in 2005, is the first individual woman in 29 years to hold the title Person of the Year. The last woman to be recognized with the honor was Philippine President Corazon Aquino in 1986. Time refers to their 2015 choice, as “the most powerful woman in the world.”

As for why Angela was selected, Time's Managing Editor Nancy Gibbs wrote in an essay: “Merkel had already emerged as the indispensable player in managing Europe’s serial debt crises; she also led the West’s response to Vladimir Putin’s creeping theft of Ukraine. But now the prospect of Greek bankruptcy threatened the very existence of the euro zone. The migrant and refugee crisis challenged the principle of open borders. And finally, the carnage in Paris revived the reflex to slam doors, build walls and trust no one. Each time Merkel stepped in.” 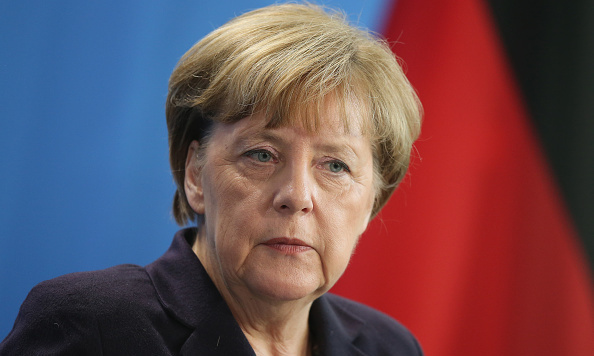 She continued, “For asking more of her country than most politicians would dare, for standing firm against tyranny as well as expedience and for providing steadfast moral leadership in a world where it is in short supply, Angela Merkel is TIME’s Person of the Year.”