Watch Kate Middleton, Prince William and Prince Harry as they hit the red carpet for the world premiere of the new James Bond film Spectre in London. 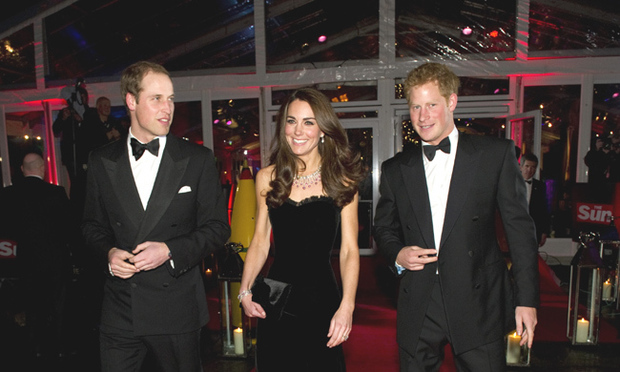 It's been a busy few days for the young royals. Prince William and his wife helped host China's President Xi Jinping, including attending a state banquet where Kate stunned in an heirloom tiara. The royal couple also headed to Scotland – and stopped for a romantic evening in St Andrews, where they first fell in love – where they spent a day in the city of Dundee.