The wedding of Jennifer Aniston and Justin Theroux was an emotional occasion, but it wasn't just the bride and groom who were shedding tears as they said "I do." 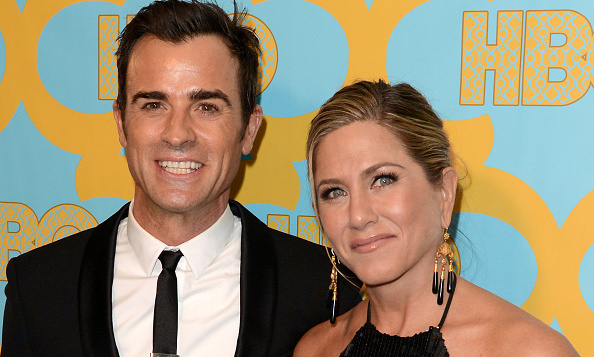 Justin revealed in an interview with Good Morning America on Wednesday, September 30, that Jimmy Kimmel -- who officiated the couple's August 5 wedding in the backyard of their Bel Air, California, home – got a little misty.

"That was the biggest blessing in the world that he officiated our wedding," Justin told Robin Roberts. "It was exactly what you would want him to do. He was extremely funny, kept things extremely light, and was extremely touching."

Justin, who is promoting the second season of his HBO hit The Leftovers, admitted that the late night talk show host "cried a little bit," before adding that "everyone did. It was the perfect tone for the night." 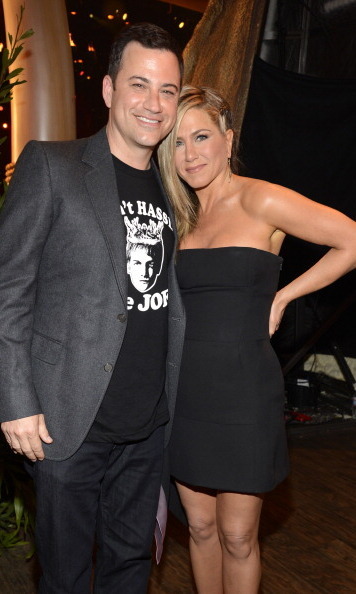 Justin, 44, who began dating Jen, 46, in 2011 after they met on the set of the film Wanderlust, admitted the nuptials were "a long time coming."

"It's fantastic," he said of being married. "Something really does shift – in a wonderful way."

Robin commented that when people tie the knot, newlyweds "have this different look."

"Something shifts and I can't quite explain what it is," Justin said. "It goes beyond having a ring on your finger or anything. You relax into it in a certain way. I can't explain it."

The couple flew to Bora Bora for a honeymoon with a bunch of their friends, including Courteney Cox, Jason Bateman, Tobey Maguire, Chelsea Handler and Jimmy Kimmel.

"It was a fantastic honeymoon," Justin said in an interview with Extra last week. "We had thought about it; we could just do a normal honeymoon, or we could go with some friends, keep the party going, relax and have fun. It was really special, it was really beautiful."