Some people were scratching their heads when newlyweds Jennifer Aniston and Justin Theroux flew to Bora Bora for their honeymoon. Instead of a romantic retreat for two, the couple brought along some of their closest friends. 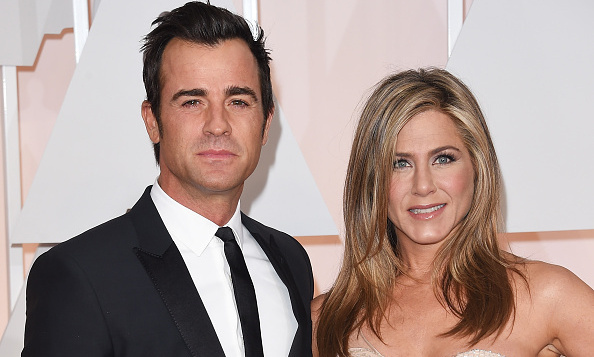 Jen, 46, and Justin, 44, who tied the knot in an intimate ceremony in the backyard of their Bel Air, California, home on August 5, were joined by pals including Courteney Cox, Jason Bateman, Jimmy Kimmel, Tobey Maguire and Chelsea Handler at the luxurious Four Seasons resort on the French Polynesian island.

It was "so much fun," Justin, 44, said in an interview with Extra on Tuesday.

"It was a fantastic honeymoon. We had thought about it; we could just do a normal honeymoon, or we could go with some friends, keep the party going, relax and have fun," he said. "It was really special, it was really beautiful."

The couple enjoyed hanging out by the crystal blue ocean and spent time paddle boarding and doing beachside yoga with their friends.

Justin was also asked if the former Friends star will be changing her name now that they're married.

"I made her change both names, so she's now Justin Theroux," he joked before admitting that they haven't discussed whether she will now be known as Jennifer Theroux. "I don't think it would be great if she did," he said. "I think 'Aniston' is going to stick, whether she likes it or not."

Justin also talked about the new season of his HBO show, The Leftovers, which premieres October 4. "It's a more hopeful season," he said.

The show shoots in Austin, Texas, and he and Jen were recently spotted having dinner with Sandra Bullock and her new man, photograher Bryan Randall, at the Oscar winner's restaurant, Bess.

"Yes, it was a little date," he said. "It was fantastic. She's got a beautiful little restaurant down there... It’s delicious."

"I wouldn't say it was fun to plan. Part of the fun of planning a wedding is telling people, and we had to keep it under wraps," he said, adding that it was "a beautiful thing" when they were finally able to reveal the truth.

Jen, who has also returned to work, said recently that she is "deliriously happy."