Hollywood star Jim Carrey's on-and-off girlfriend Cathriona White has been found dead. TMZ reports that police were called to a Los Angeles residence on Monday night and discovered the body of the 28-year-old, who is believed to have split from the actor recently.

According to the TMZ report, authorities suspect she took her own life, and sources have confirmed that she left a suicide note.

"She was a truly kind and delicate Irish flower, too sensitive for this soil, to whom loving and being loved was all that sparkled," Jim said in a statement obtained by PEOPLE. "My heart goes out to her family and friends and to everyone who loved and cared about her." "Signing off Twitter, I hope I have been a light to my nearest and dearest," the Irish native posted a few days ago Photo: Instagram/@littleirishcat

Cathriona, who celebrated her birthday earlier this month, also wrote a telling message on Twitter three days before her death. "Signing off Twitter, I hope I have been a light to my nearest and dearest. Love to yo all," she posted.

On the same day, the Irish beauty shared a quote from poet W. B. Yeats alongside a photo of some flowers. "Faeries, come take me out of this dull world, For I would ride with you upon the wind, Run on the top of the dishevelled tide, And dance upon the mountains like a flame. W.B. Yeats," she wrote. 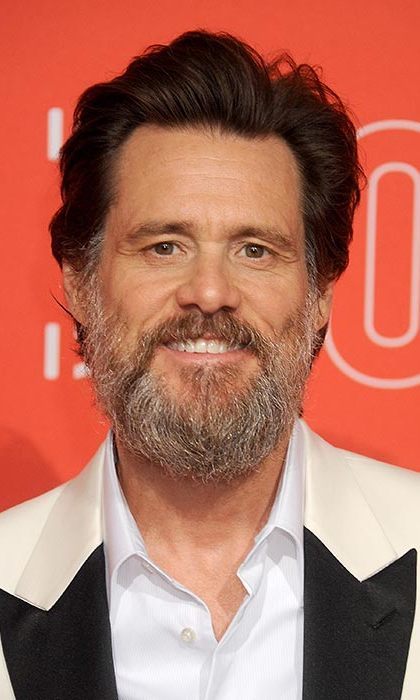 The pair first met in 2012 but split after a few months Photo: Getty Images

For her 28th birthday, the make-up artist looks to have received a beautiful bouquet of red roses. She shared a picture of her flowers on Instagram, in which a photo of herself and Jim can be seen.

Cathriona and the 53-year-old actor met in 2012 on a film set and dated for a few months before splitting. They rekindled their relationship in May of this year.

Your true self is unfathomably immense, and I mean that as a compliment. ;^P (photo by Cathriona White) pic.twitter.com/uRHUYWE7VL

After their first break-up, Jim told The Irish Sun: "We had a lovely time together but no, we're no longer together. Cathriona is a lovely young woman. I have always been attracted to talent, so if someone is beautiful and talented, that's hard to resist."

Jim was previously married to former actress Melissa Womer and his Dumb and Dumber co-star Lauren Holly. The Bruce Almighty actor has a 28-year-old daughter Jane with ex-wife Melissa.