Kerry Washington had an interesting response when she was asked on Thursday morning to name her celebrity crush. Her answer: Pope Francis.

"I always get that question and I never want to say anybody, because then you see him at a party," she said on Live! with Kelly and Michael. "I figure I won't see the pope at a party." 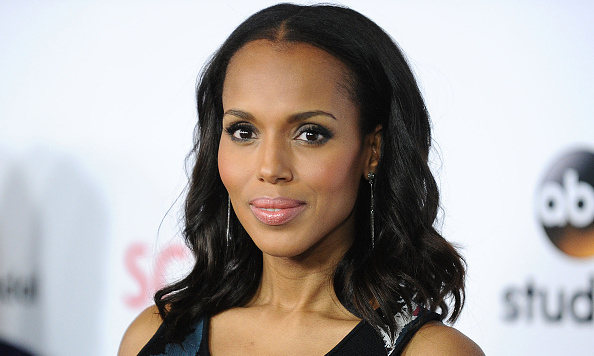 Kerry, 38, who plays Olivia Pope on Scandal, added that she thinks the pontiff, who is currently in the U.S. on a six-day tour, is "so special."

"He's so humble and so focused on service – just really focused on doing good in the world. Not being judgmental. Letting God be the judge," she added. "As opposed to the Pope I play, who makes you not so close to God."

But she's not the only member of her family crushing on celebrities. In an interview on Jimmy Kimmel Live on Tuesday, the mom of one revealed that her parents embarrassed her a few years ago with their behavior at the Emmy Awards.

Kerry revealed that her mom and dad, who are huge Game of Thrones fans, "met Khal Drogo," who was played on the show by Jason Momoa. "My parents have been married for over 40 years. My mother turned into a 16-year-old girl," Kerry said. "She was like, 'My sun, moon and stars.' She just lost her stuff. She's standing next to my father swooning over this man."

But her dad seemed to understand. "I think my dad's crush is about the same, so he didn't do much," she admitted.

"Noooo!" replied Kerry. "I can't un-ring that bell! My mother is going to kill me when she watches this."