Perrie Edwards is proving that life goes on after a split. The Little Mix star took to her Instagram to post a picture of her before heading out on the town a couple days after the news broke that her and Zayn Malik were calling off their engagement.

All glammed and ready to boogie!  ❤️

"All glammed and ready to boogie," the 22-year-old singer captioned the pic of her gazing into the camera, wearing a long white gown with lace accents and a slicked back ponytail.

Earlier this week, Perrie and Zayn Malik announced that they were calling off their engagement. The couple shared the news that they were getting married back in August 2013.

During an interview with E! News on Tuesday, Perrie shared how she was feeling post her and Zayn's split.

"I'm good, thank you," she said. Before bandmate Leigh-Anne added: "We don't really want to talk about it."

"You can't do enough for some people I guess," Zayn posted in a cryptic tweet. 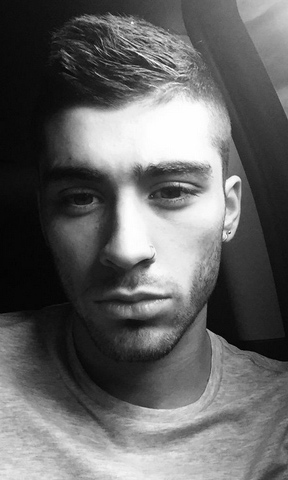 The former One Direction member is currently in Los Angeles working on his solo album. Perrie's former beau posted a picture on Twitter.

"LA Chillen," the singer captioned the black and white selfie of himself giving the camera a smoldering glance.

The former couple are both hard at work across the country. Zayn is working on his album, which has no title or tentative release date, while Perrie has been busy promoting her and Little Mix" latest album Get Weird and latest single "Black Magic."

Perrie and the rest of the Little Mix girls will be in New York City performing on the Today show next Wednesday for the show's summer concert series.