Cody Walker has secured his first major role in a film. The 27-year-old, who stood in for his late brother Paul Walker in Fast & Furious 7, will star alongside Nicolas Cage in WWII drama USS Indianapolis.

The movie stars Nicolas as Captain Charles Butler McVay, whose ship was torpedoed in the South Pacific in July 1945, after delivering parts for the first atomic bomb. Because the mission was classified, the Indianapolis was not reported missing for four days. 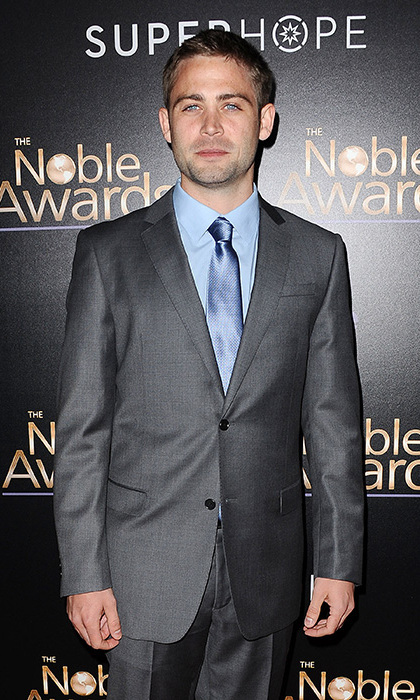 
According to Variety, Cody is playing one of the crewmen in the drama. Cody is clearly excited to be a part of the production; the budding actor – who bears a striking resemblance to his brother Paul – has already shared a number of photos from the USS Indianapolis set, including one of him in costume posing with some of his fellow crewmen.

Cody and his other brother Caleb stepped in to help complete filming for Fast & Furious 7 following Paul’s untimely death in November 2013. Back in April, before the movie premiered, Cody admitted he was a little apprehensive about how fans would react to him participating.

Cody stepped in for brother Paul Walker (above) in Fast & Furious 7 following the actor's untimely death in a car accident Photo: Getty Images

"I haven't seen the film in full, I've seen bits and pieces while working on post-production," he told E! News. "To be honest, I'm a little nervous to see the completed project from an emotional standpoint. I know it's going to be very emotional. So far, from what I've heard and seen, I think Paul would be proud."

He added: "I want this film to be the best one yet – and the most memorable. A lot of people are going to remember Paul by this movie, and I want it to be worthy."