Monica Lewinsky has clearly put the past behind her as the author and speaker proudly walked the red carpet at the 2015 Tony Awards in New York City Sunday night. Wearing a red lace, off the shoulder dress, the pretty brunette looked every bit the movie star as she has decided to make more public appearances since launching her anti-bullying campaign. 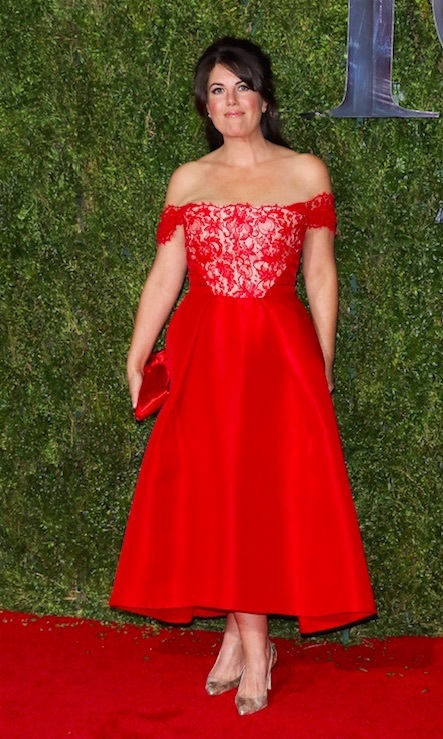 After laying low for more than decade, Monica has been out and about over the past few months looking healthy and chic.

In March the 41-year-old gave a TED talk to discuss her scandalous past in an attempt to promote her fight against cyber-bullying and then announced her campaign to end online bullying at a Forbes Under 30 summit in Philadelphia last year. Since then she's been popping up at events around the world including the exclusive Vanity Fair Oscars party and to the Spring Gala in Aid of the Red Cross War Memorial Children's Hospital in London in May where she posed with Elizabeth Hurley. 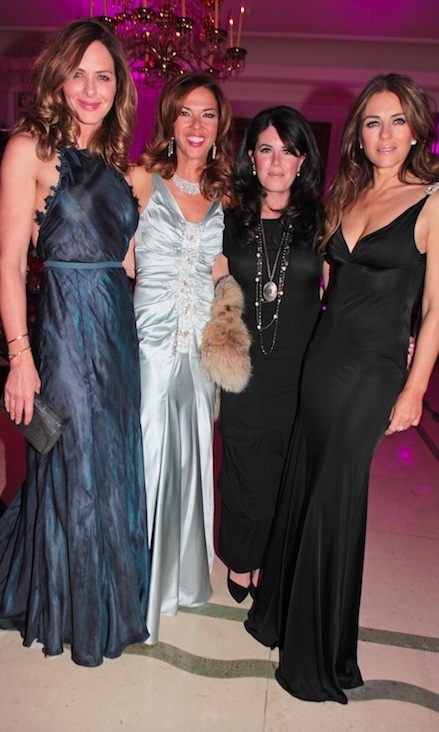 
Monica's stunning red carpet moment at the Tonys comes shortly after Caitlyn Jenner said she was inspired by the TED Talk and Monica announced she is joining Bystander Revolution as a strategic advisor in their fight against bullying. In her talk, Monica spoke about being 22 years old when she fell in love with President Bill Clinton, and, of course, the media storm that followed after their relationship was made public. The scandal took on a new form with the internet boom.

"This scandal was brought to you by the digital revolution," Monica said. "This rush to judgment enabled by technology led to mobs of virtual stone throwers. I was branded as a tramp, tart, slut, whore, bimbo, and, of course, 'that woman'." 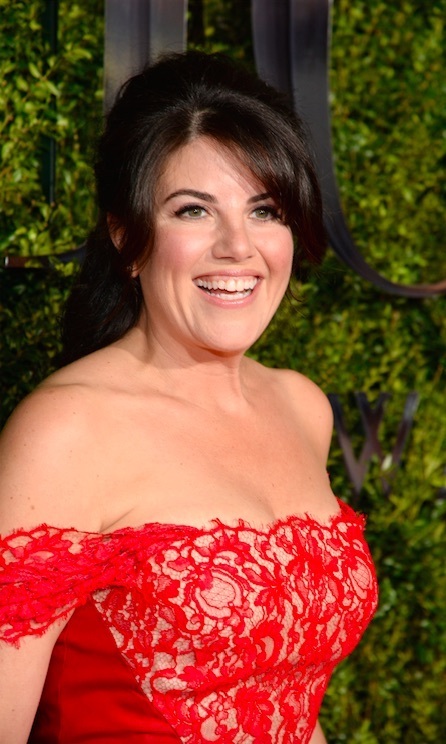 "It is time to stop tip-toeing around my past," she has said. Photo: Getty Images


Her appearance back in the public eye has come with some criticism, as people believed it was for political reasons. But Monica defended herself saying, "It is time to stop tip-toeing around my past." She then went on to openly discuss the humiliation she faced after her sex scandal involving former President Bill Clinton in 1998.

After news of the affair broke, Clinton was impeached by the House of Representatives in December 1998 but was acquitted. His wife Hillary, currently in the running for the presidential election in 2016, says she has "moved on" from the scandal.

Click on the picture below to see all of Monica's best looks: 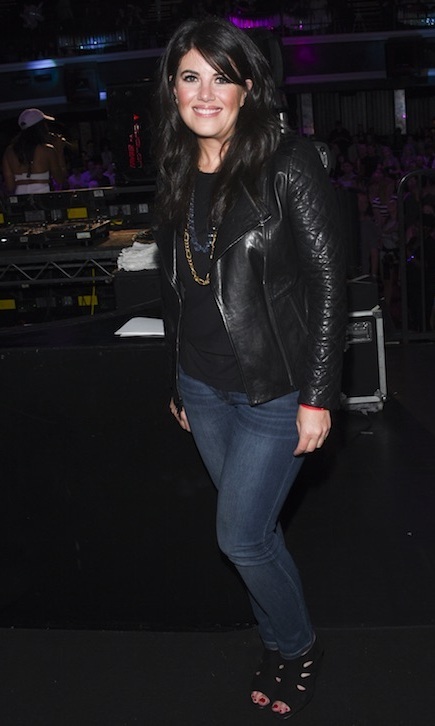 Monica sported rocker chic for at a Hollywood music event with Moby in May Photo: Getty Images