As if Bradley Cooper could get any cuter. The blue-eyed star had fans swooning on Sunday night thanks to his choice of date at the 2015 Tony Awards in New York City – his mom and sister. The dutiful son, who looked as effortlessly chic as always in a three-piece tux, must have wanted the support from his number one and two fans as he competed for the best actor award for his role in The Elephant Man.

CLICK ON PICTURES FOR A GALLERY OF BEST FASHIONS 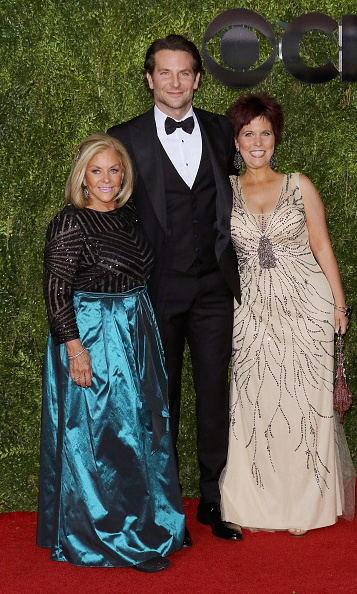 
His new girlfriend Irina Shayk posted a photo of herself on Instagram wearing a Mickey Mouse sweatshirt at a photo shoot around the same time as the awards Sunday night so fans expecting to see the glamorous pair make their red carpet debut will have to wait.

In addition to Bradley, who didn't win an award, it was a star-studded night at the Tonys, which honor the best of Broadway. Other film stars who have been demonstrated their acting chops on stage included Carey Mulligan, who was nominated for best actress in a play for her role in the play Skylight, looking demure in a maroon strapless Balenciaga dress, while British actress Helen Mirren took home the trophy for her role as Queen Elizabeth in The Audience. She looked every bit as regal as the part she played in a white gown with plunging neckline and lace detailing.

“Your majesty, you did it again,” said Helen in her acceptance speech. She has previously won an Academy Award for her portrayal of the monarch in the 2006 film The Queen. 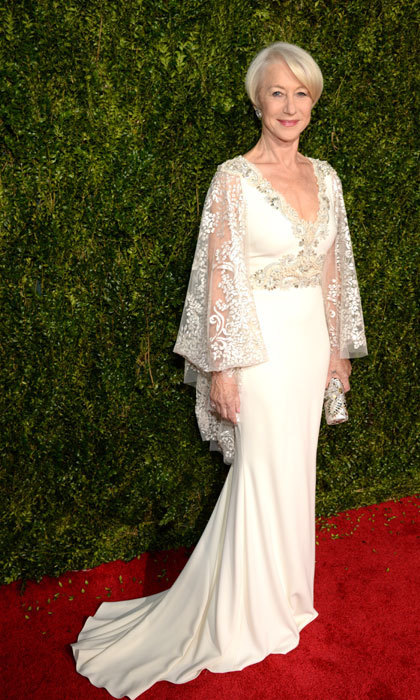 One of the night's winners, Helen Mirren Photo: Getty Images

Despite an illustrious acting career and a string of award wins, it was Helen’s first Tony award. The 69-year-old film star looked like she is winning in love as well, sharing a loving kiss with her husband of nearly 20 years on the red carpet at Radio City Music Hall in New York. 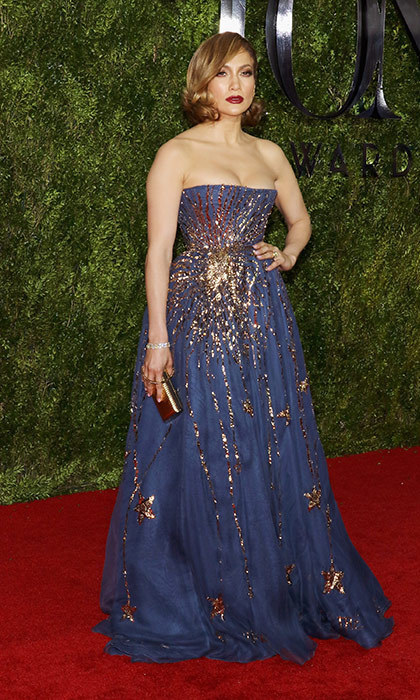 Jennifer Lopez was another head-turner of the evening, looking almost unrecognizable with a new half up-do and old Hollywood-style blue Valentino gown with gold detailing and clutch. 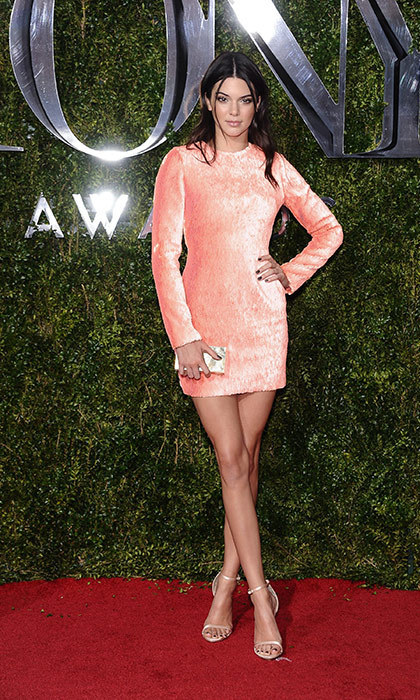