Fame is not the cause of her younger brother Rob Kardashian's reported troubles, Kim Kardashian

"I think he's just going through a phase where he's not comfortable in his own skin," Kim told Matt Lauer on Today earlier this week. "And he is working really hard to get back to where he wants to be."

However Rob's older sibling doesn't think being in the public eye is the cause of his problems. Kim, 34, suggested Rob is still struggling to get over the death of their father, Robert Kardashian, who passed away in 2003. 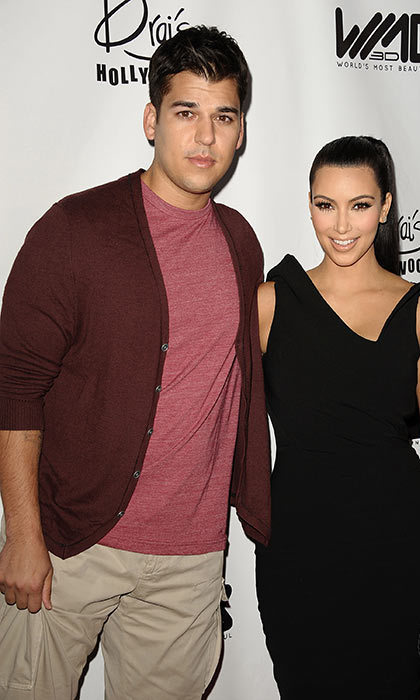 The siblings appeared together at an LA red carpet in 2011 Photo: Getty Images

"I don't necessarily think it's because of the fame. I think it's been circumstances in his life that he just really hasn't dealt with," she said.

Kim went on to say that a number of life events may have unsettled her brother. Among them, "the loss of our father" and "certain breakups" – perhaps most notably Khloé's split with husband Lamar Odum. "He was extremely close to Lamar," she said. "When Khloé and him broke up, that was really hard on him."

Rob's family have reached out to him on several occasions via social media. His younger sister

In 2014 his mom, Kardashian matriarch Kris Jenner, shared that her son was "struggling with some stuff.'

My best friend, my heart, my brother


Speaking on E! News in June she said: "He is struggling with some stuff but my job is to be there for him and love him as hard as I can."

Meanwhile Khloé Kardashian, who Rob is said to be closest to, previously explained that her younger brother has "a kind of social anxiety."

"I just feel, especially over the last year, Rob has become very introverted and has a kind of social anxiety," she told celebrity website Wonderwall while hosting a party at Las Vegas' 1 OAK.

However the 28-year-old made a rare public statement over the weekend when he tweeted his support to his step-dad Bruce Jenner, who confirmed that he is transgender in an emotional interview with Diane Sawyer.

"You have always been a role model to me and now more than ever, I look up to you. LOVE YOU," Rob wrote.