Bruce Jenner finally revealed on Friday night that he is transitioning to living life as a woman and now his stepdaughter, Kim Kardashian, is speaking out saying she is "happy" for the former Olympian. "Bruce is the most honest person and has the biggest heart," Kim told Matt Lauer in an exclusive interview with NBC's TODAY on Monday. "I'm happy for him and that he is living his life the way he wants to live and has found pure inner peace. You and I can't fully understand it, but we don't have to. As long as he is happy." 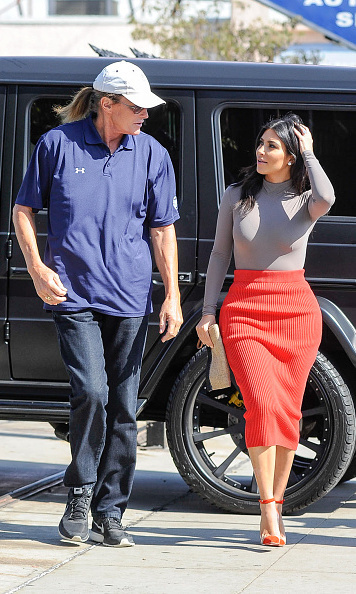 Kim said she is happy Bruce is able to live the life he always wanted Photo: Getty Images

While the reality star said that her family has stuck together and is proud of Bruce's decision, she admits it's been a challenge dealing with the news. "We all really support him. Is it a hard adjustment? Yes," she said. "I think there is still an adjustment and there's, you know, family therapy. And we're really close. You know, I see reports that say, you know, 'This one doesn't support him,' and, 'This one's over here,' and my mom, 'feels this way.' And it's all really so made up."

Kim said there have "hundreds" of family meetings where there have been hugs and tears and "every emotion you can possibly imagine." These meetings are ongoing as the family prepares for Bruce to begin his long-awaited life as a woman. 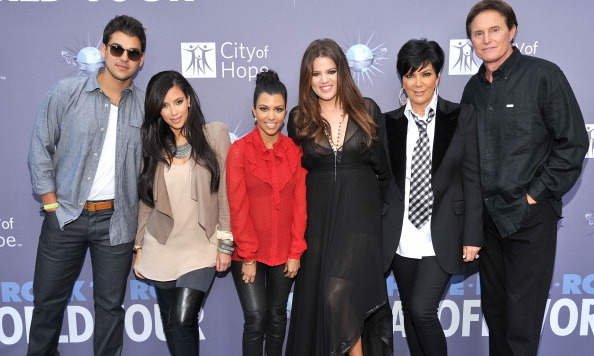 Kim said the family has been having hundreds of meetings to discuss Bruce's transition Photo: Getty Images

The 34-year-old says everyone is still learning about the process and it's an adjustment on a daily basis. "What do we call him? Do we call him or her," added Kim. "Bruce wants us to feel as comfortable as possible and take everything at our own pace. Bruce has always been really good at explaining things. He's done a good job of walking us through it."

Love is the courage to live the truest, best version of yourself. Bruce is love. I love you Bruce. #ProudDaughter

The interview follows Bruce's official announcement on Friday that he is transgender during a highly anticipated interview with Diane Sawyer. Nearly 17 million viewers tuned in to watch the 65-year-old bravely state, "I am a woman," before describing that he has known his true identity from an early age, how his family reacted to the news, and what his plans are for the future.

Bruce Jenner will document his life as a transgender woman in a new television series, it has been confirmed. The eight-part documentary series will premiere on E! in the summer, and will follow Bruce as he seeks out his "new normal."

The series will also explore what Bruce's transition means for the people in his life – including his daughters Kendall and Kylie Jenner, step-children Kim, Kourtney, Khloe and Rob Kardashian, plus his ex-wife Kris Jenner. "He's ready for the challenge and to help other people's lives," Kim added. "That's something he's really ready to take on." 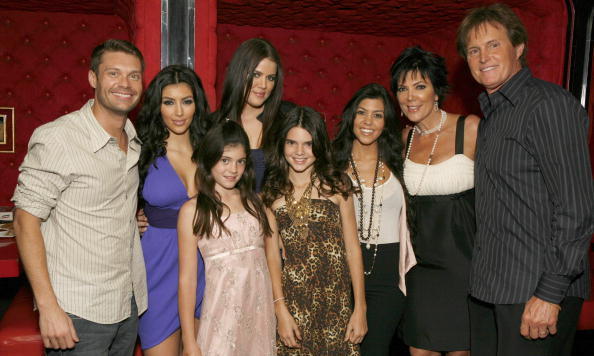 The Kardashians and Jenners are used to sharing their lives on reality TV Photo: Getty Images

Turning the interview to her personal life, the brunette beauty defends her many selfies. "I can understand how someone can say you're really vain if you're taking selfies all day long," she said. "But, it's really about capturing the memories."

When Matt asked if she has taken any other types of photos or videos similar to those infamously released at the start of her career Kim said, "No." She added, "Everything I do it's in the back of my mind that it can be public. I talk to my little sisters about this."

Will she let daughter North take selfies? "I would give her the freedom if she wants to take selfies," said the mom of one. And Kim is hoping to add another member to the Kardashian/ West brood, but has been having trouble getting pregnant. "They have recommended to me to get a surrogate," she added. "But, I would like to hold out a little bit longer."