Mick Jagger, 71, might be one of the most supportive exes. The Rolling Stone attended ex-wife Jerry Hall’s opening night of Snow White and the Seven Dwarfs at the Richmond Theatre on the outskirts of London on Thursday. 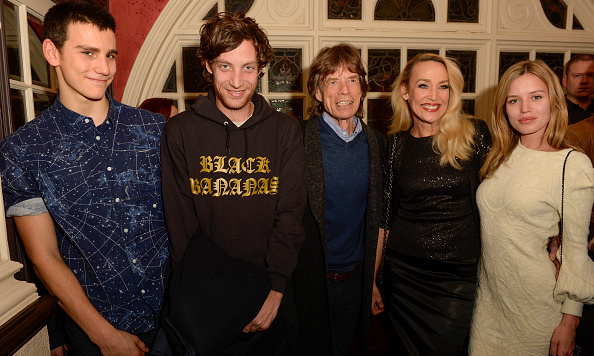 Mick and Jerry posed with their children Gabriel, James and Georgia May


Along with three of their four children, Georgia May, James and Gabriel, the rocker watched as Jerry, 58, played the Wicked Queen in all her glory. Jerry brought style to the role in a gold sequin gown with a high slit and her famous red lips. 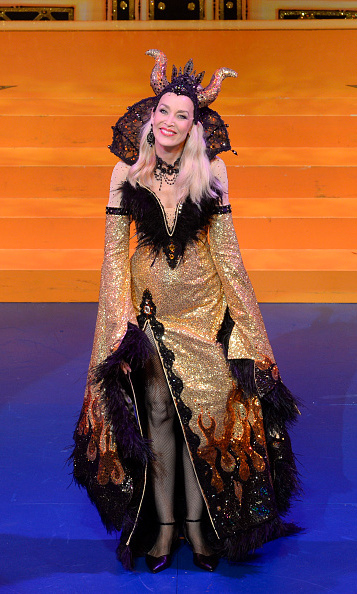 Jerry is one glamourous Wicked Queen


After the play, that will run through January, Mick and their children waited for the former supermodel to congratulate her. Missing her mom’s big day was eldest daughter Lizzie. 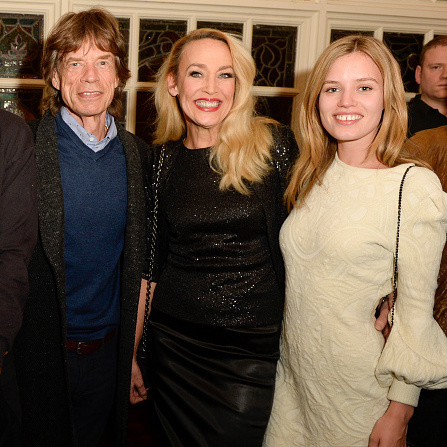 
Despite splitting after nine years of marriage from 1990 to 1999, Mick and Jerry have remained close. Jerry opened up to HELLO!'s sister publication in the UK earlier this month, telling the mag, "I genuinely like him — he's funny, he's clever, he tries his best and he is also a great father." She continued, "I think I chose really well — my children are smart, beautiful and talented, so I feel no regrets."

Though she has been with scientist Armand Leroi since January, Mick will be joining her for the holidays. The death of girlfriend L’Wren Scott hit Mick hard and Jerry shared with ITV’s morning show that spending time with his family would be good for him given his “rough time.” 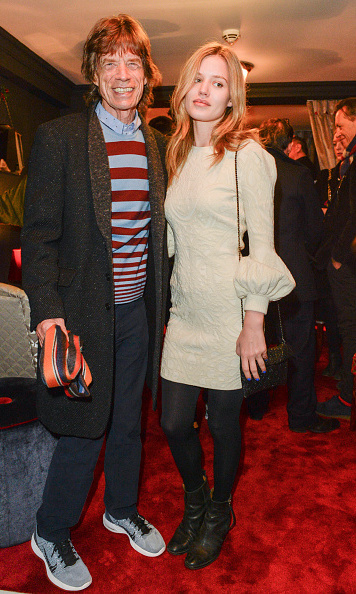 Mick will be spending the holiday with Jerry and their children


Don’t think Mick will just be able to sit back and relax. Jerry also shared that Mick will be in charge of the turkey. “He’s going to be organizing the stockings, the tree, the food,” she explained. “It would be good to be busy with the kids and do all that.” 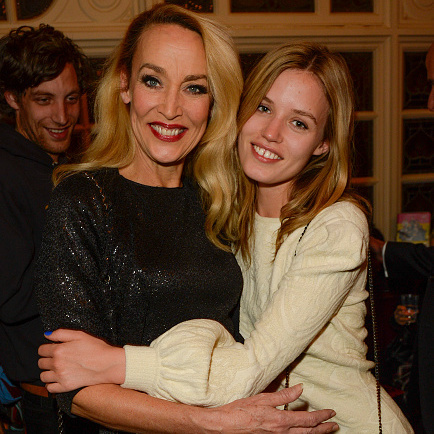 Georgia May has followed in mom's footsteps with a modeling career


Jerry also hasn’t been shy about what she wants for Christmas from Mick. The mom of four continued telling ITV’s Lorraine Kelly, “He is getting me a new fridge freezer, I hope. I want an ice maker, that’s my fantasy. I’ve already hinted quite a lot.”