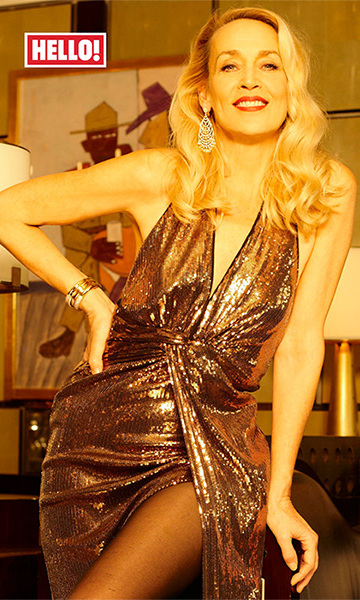 Jerry Hall has no regrets of her relationship with Mick Jagger

When it comes to the holidays, even notorious celebrities believe in Christmas cheer.

In a new interview with HELLO!, former supermodel Jerry Hall said she plans on spending the festive holiday with her ex, Rolling Stones star Mick Jagger, and their four children together. The statuesque beauty, 58, complimented her former partner, expounding on his many talents — and even his parenting skills. 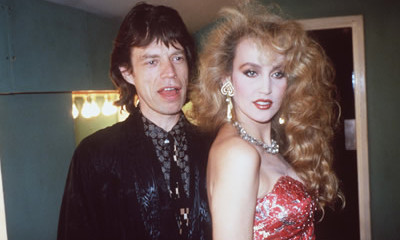 "I genuinely like him — he's funny, he's clever, he tries his best and he is also a great father," she said. "I think I chose really well — my children are smart, beautiful and talented, so I feel no regrets."

Despite her appreciation for Mick, however, don't expect a reunion between the two. "He's not the sort of person I want to spend my old age with," she continued. "Life changes, and I don't think there's anything wrong with that. Why shouldn't life change? Move on."

In previous interviews, Jerry has said it "confuses people" how well she gets along with her famous ex. She insists the two will "never give up" on their relationship as friends and parents. 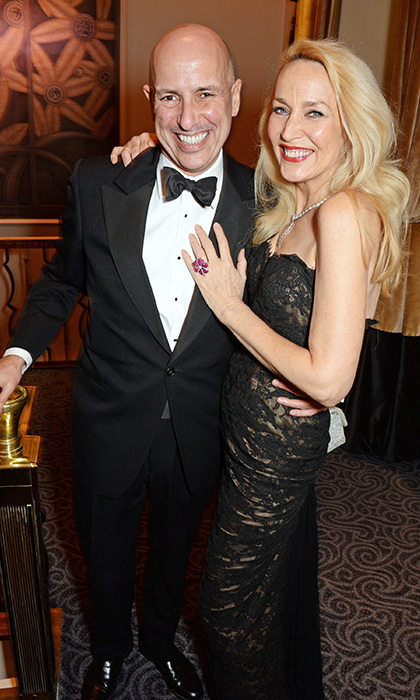 Scientist Armand Leroi and Jerry Hall have been together since January

Jerry, of course, has a new man in her life: she has been dating scientist Armand Leroi, 50, since January. She seems at peace with her new life, relationship and most importantly — herself.

During her HELLO! interview, she also expressed her views on beauty, aging, and plastic surgery.

"My face and body have been a tool for my career and I'm very conscious of that aspect, and try and keep it the best I can," Jerry said, adding that she keeps in shape with yoga and swimming, and limits her intake of bread and sugar. 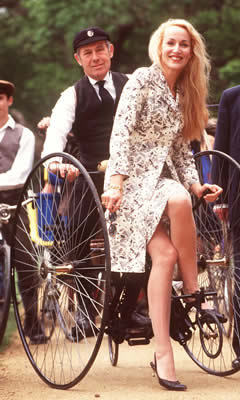 During her modeling days, Jerry was known for her waist-long hair

But as for going under the knife, she's certainly not a fan, going so far as to call it "idiotic" and unsafe.

"It's so idiotic when [people] risk their lives to have surgery," said Jerry. "Every time you have anesthesia, you're killing a lot of brain cells — why would you do that? You could get infections, you could die."

Beside the medical risks, Jerry simply doesn't like the look of it all.

"Why make yourself look a grotesque caricature of yourself? They don't fool anyone. They look like pathetic, insecure creatures. I loathe the whole thing. I don't mean to be critical, and I understand that actresses feel the pressure in Hollywood, they have to do it. I respect that and I feel sorry for them that they have to do it." 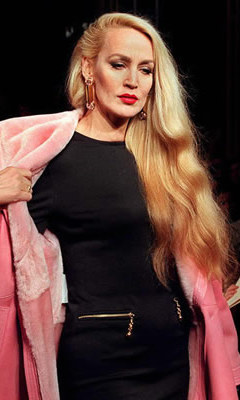 Jerry keeps her lean physique with yoga and swimming

Instead, Jerry insists that "normal women" embrace aging gracefully and let those who want to date women who look younger just do that.

"If men want to leave their wife for a 19-year-old, they're gonna do it anyway. All the facelifts and botox in the world isn't going to change that guy, you know?"