Queen Maxima is celebrating a special milestone. It’s been ten years since the Dutch royal was named a special advocate of the Secretary-General of the United Nations for inclusive financing for development (UNSGSA). To mark the anniversary, the "Financial Inclusion for Development: Building on 10 Years of Progress" event was organized on Wednesday, September 25, at the UN in New York—where the General Assembly is taking place. In her role, the 48 year old has been committed to improving access to financial services worldwide, thus giving people a better chance of economic and social development. 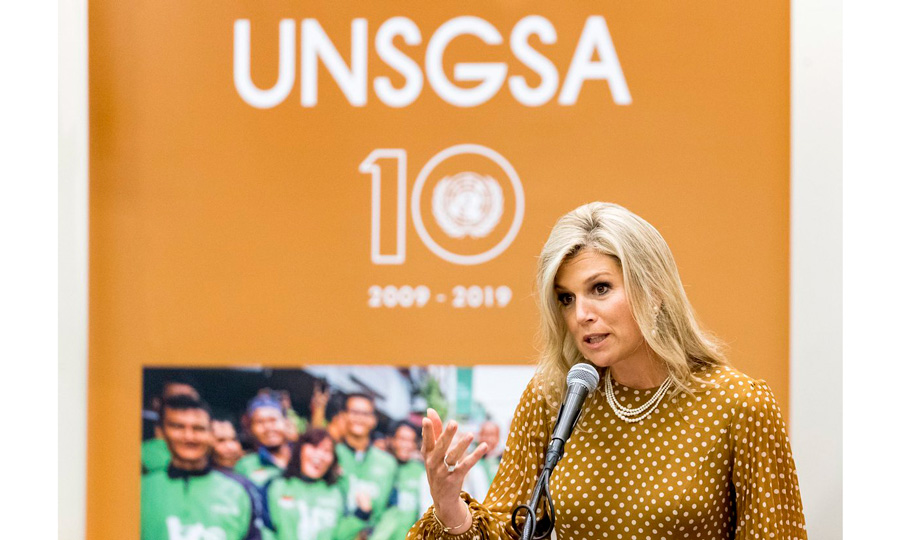 Queen Maxima delivered a speech at the UN on September 25

King Willem-Alexander’s wife delivered a powerful speech, reflecting on the power of financial inclusion that she has witnessed over the last decade. She noted that in the past eight years the world’s adult population has gone from being 50 percent financially included to 70 percent. “Financial inclusion is not an end in itself, but it is a means to increase family income, improve nutrition, increase access to health, improve education, empower, especially women. It allows affordable energy, as well as water and sanitation, and it creates jobs,” Maxima said in her speech. “Basically, it is about including people in the economy. And it is giving them a tool to have a better future.”

The mom of three went on to thank her office, friends, husband, and her whole country. “Having said all of this and thanked you all, the reality is the work is not yet finished. We have still 1.7 billion people to go,” she said. Maxima pointed out that technology presents the best chance of reaching those remaining individuals. 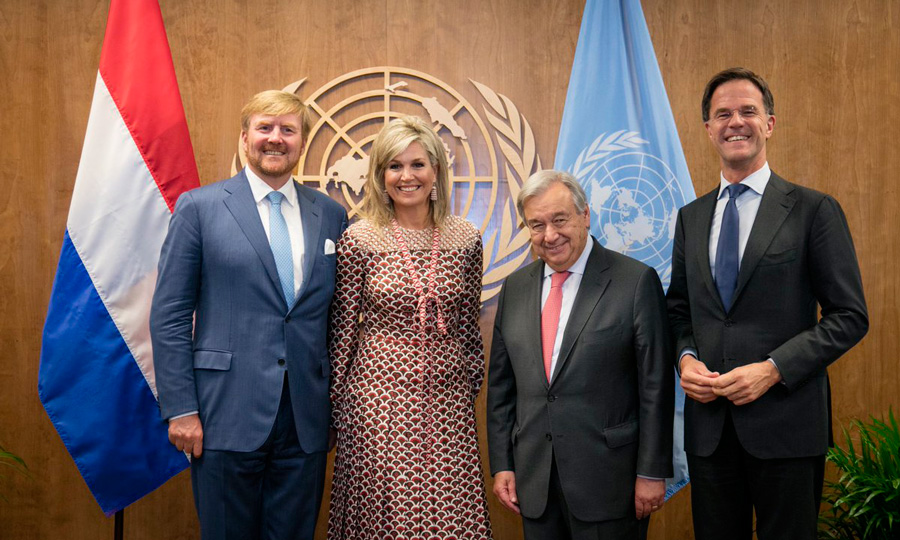 The royal added, “We also need to continue to seek better solutions for the hard-to-reach groups, like we just mentioned: women, micro- small, and medium-sized enterprises, and the farmers and the rural.” The Dutch Queen concluded her speech calling her UNSGSA role “a wonderful journey so far.”

Maxima spoke about the "great progress" that has been made in financial inclusion during the last ten years in a video recorded for the UN's social media platforms. "Financial inclusion is a means to improve the sustainable development goals from women empowerment, water sanitation, clean energy, reduction of poverty, food security, etc," she said. "The next couple of days we'll be speaking with more leaders to recommit to have a brighter future for financial inclusion."

While addressing the 74th General Assembly earlier this week, King Willem-Alexander highlighted his wife's passion for her role as a special advocate of the Secretary-General of the United Nations. He said, "For ten years now, she has fulfilled this role with enormous drive, passion and pleasure."