Not even royals can pass up a music festival. After enjoying family time with her grandmother Queen Sofia in Palma de Mallorca, Spain's Victoria Federica de Marichalar flocked to Marbella for the Starlite festival. King Felipe’s 18-year-old niece, who is the daughter of Infanta Elena and her ex-husband Jaime de Marichalar, attended the festival on Thursday, August 1, with friends.

The Starlite festival is dubbed as the most “important boutique festival in Europe.” According to its site, the music event has become the longest festival with more than 46 days of concerts. Maluma and Nicky Jam are just a few of the artists who performed last month, and Luis Fonsi is set to take the stage on Saturday, August 3. 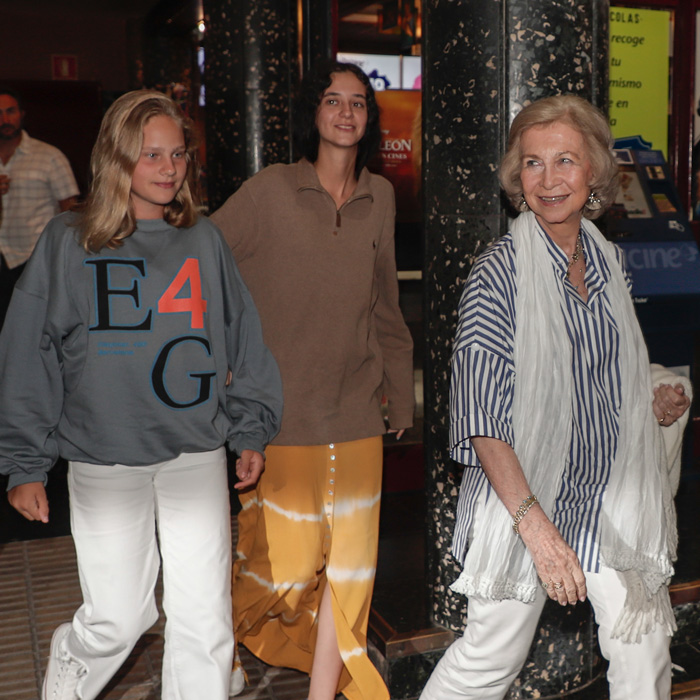 Queen Sofia took two of her granddaughters, Irene (left) and Victoria (right) to see The Lion King on July 30

Victoria’s night of dancing came a few days after she enjoyed a girls’ night out with her maternal grandmother and cousin Irene Urdangarín. Queen Sofia took her two granddaughters to see Disney’s The Lion King. The royals, who dressed down for the low-key outing, were all smiles as they departed the Rívoli Aficine theater in Palma de Mallorca. "The film is very beautiful," Sofia told photographers after the film.

Two days later, the Spanish Queen returned to the theater to watch the live-action flick again, this time with her daughter-in-law Queen Letizia, and her other granddaughters, Princess Leonor and Infanta Sofía.