Princess Beatrice’s boyfriend has been royally promoted. Just days after Trooping the Colour, where we caught a glimpse of many members of the Royal family — where Jack Brooksbank (Princess Eugenie's hubby) and the adorable Prince Louis made their official balcony debut — Edoardo Mapelli Mozzi joined Beatrice at an event on Wednesday for Prince Andrew’s Pitch@Palace campaign. 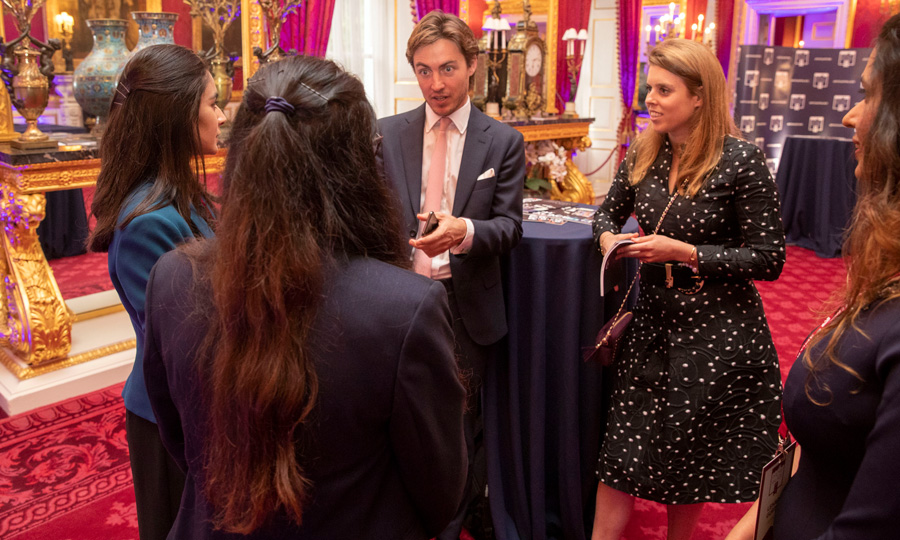 Edoardo and the Princess of York were seen mingling with guests at the event along with Sarah Ferguson, who was also present to support her ex-husband with who she still fosters a great relationship. The Duchess of York was last seen supporting the Colonel of the Grenadier Guards (aka the Duke of York) as he was overseeing their parade procession prior to Trooping the Colour celebration.

The night before their father’s event, the York sisters were caught out on a double date with their respective partners. At one point of the night, the sisters and Edoardo could be seen walking together hand-in-hand, as Jack walked a few paces ahead of them.

The sisters have known Edoardo for several years, as his parents are friends with both of their parents. Edoardo is the stepson of Christopher Shale, who through his connection to then-Prime Minister David Cameron, was able to meet Prince Andrew and Sarah. Christopher appeared in headlines in 2011 when he passed away at the Glastonbury rock festival. By then, Beatrice is said to have known Edoardo and have attended his stepfather’s funeral.

To many more royal engagements for this royal couple!