Queen Rania is reveling in 26 years of marital bliss. The Jordanian royal celebrated her and husband King Abdullah II’s wedding anniversary on Monday, June 10, with a romantic tribute. Taking to her personal social media account, the mom-of-four shared a beautiful portrait of herself and the King in coordinating blue ensembles. In the image, His Majesty is pictured placing his arm on his wife’s leg, while she sweetly holds on to him. 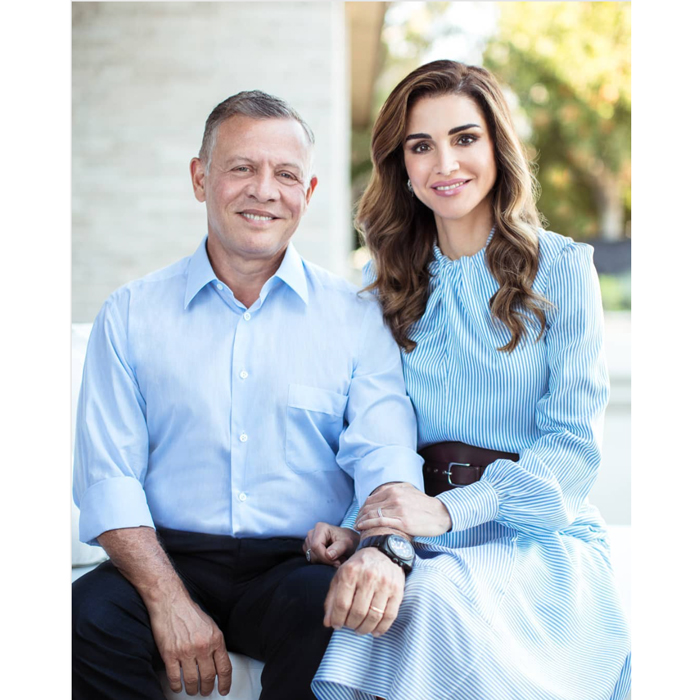 Alongside the photo, Rania, 48, penned, “I am so lucky to be by your side, today, tomorrow, and every day to come. God bless you my King #Jordan #LoveJO.” The King and Queen said “I do” back in 1993 at Zahran Palace in Amman, Jordan. For her nuptials, Rania opted for a gown by designer Bruce Oldfield, while the groom sported a military uniform.

The pair first met at a dinner party in January of 1993 before beginning their whirlwind courtship. In a 2005 interview with People magazine, Abdullah reportedly said, “The minute Rania walked in, I knew it right there and then,” adding, “It was love at first sight.” 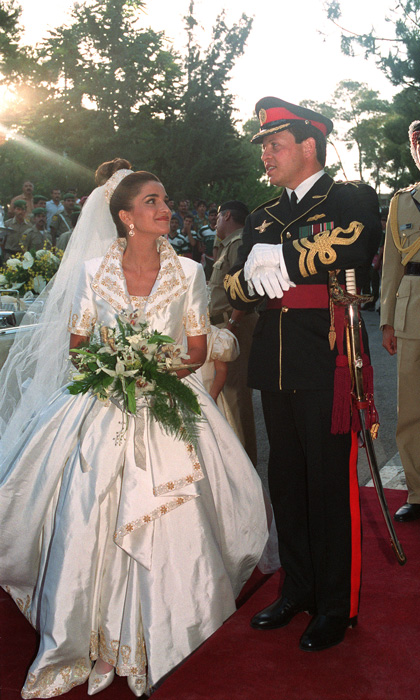 Since exchanging vows, the royals have become proud parents to sons Crown Prince Hussein, 24, and Prince Hashem, 14, and daughters Princess Iman, 22, and Salma, 18. Rania and Abdullah’s 26th wedding anniversary follows the 20th anniversary of the King’s acension to the throne.

On Sunday, June 9, the Royal Hashemite Court marked the special milestone with a post that read: “The Royal Hashemite Court extends its warmest wishes to His Majesty King Abdullah II on the occasion of the 20th Accession to the Throne Day. May God Almighty bless our dear homeland in continued prosperity and progress under His Majesty’s leadership.”