Could there be a happier set of new parents than Prince Harry and Meghan Markle? The royal couple welcomed their newborn son – known throughout the Duchess' pregnancy as Baby Sussex – on Monday, May 6. The moment we've all been waiting for arrived on Wednesday, when the couple presented their three-day-old baby from inside majestic Windsor Castle.

For his debut, Baby Sussex looked truly angelic nestled in the arms of his dad wrapped in a cream-colored crochet shawl by G.H. Hurt & Son. The family company, which was established in 1912 and is based in Nottingham, England company is a favorite of royal first-time parents. Prince William and Kate Middleton chose similar pieces for the debuts of Prince George, Princess Charlotte, and Prince Louis. The baby was dressed in a matching knitted hat. 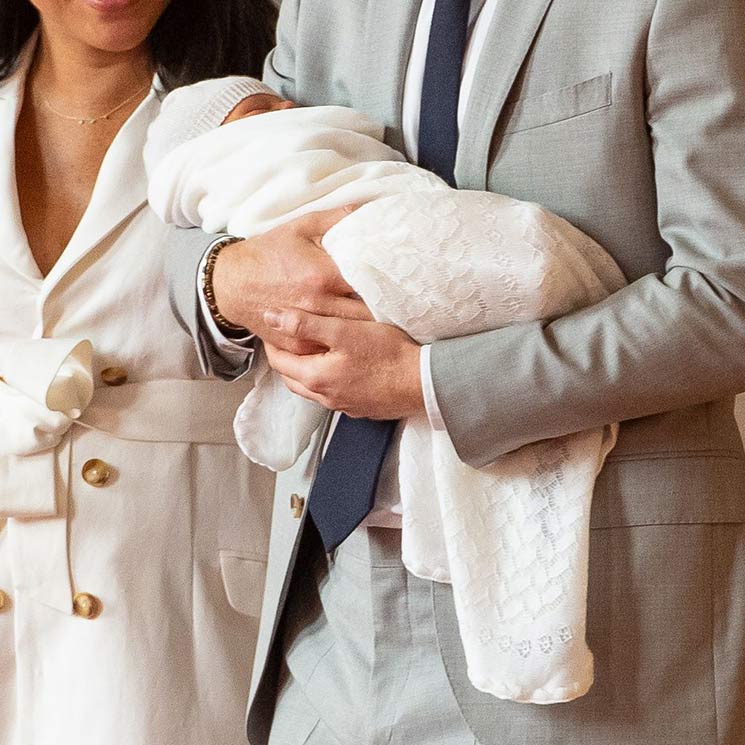 The first appearance of Baby Sussex with his proud parents also brought to mind the images of Prince Harry's mom and dad, Prince Charles and Princess Diana, when they presented their second son Henry in 1984. Back then, it was mom-of-two Diana who carried her little Prince, also wrapped in a white baby blanket, in her arms alongside her husband.

With Kate Middleton's children – Prince George, Princess Charlotte and Prince Louis – childrens' fashion ones-to-watch, we're sure that Baby Sussex's style as he grows up will also give parents around the world some baby style inspiration. 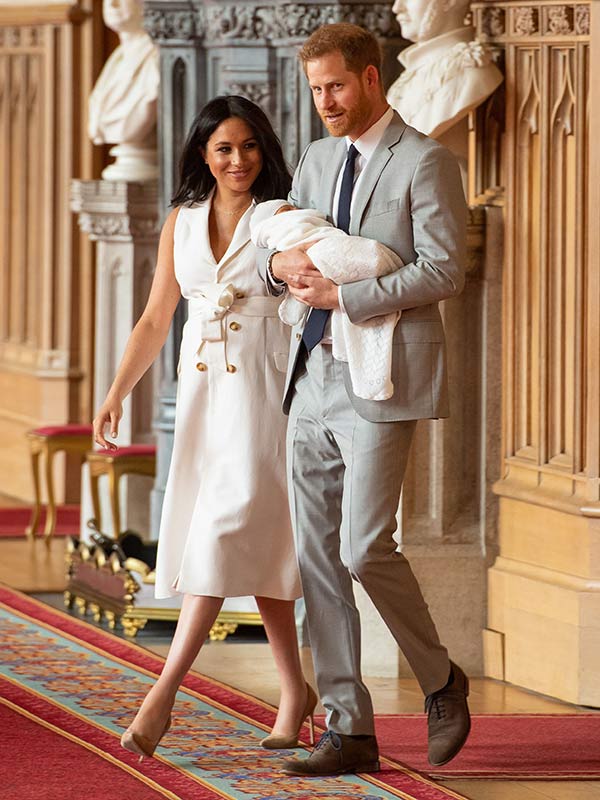 Meghan Markle's style was watched from the moment she came onto the royal scene, and when she announced her pregnancy last year, her maternity looks were just as headline-making. While she continued her official engagements through April, she had since been out of the public eye, and the arrival of her and Prince Harry's baby was lower profile than those of her sister-in-law Duchess Kate, who appeared with her babies just hours after their birth.

WATCH THE INTERVIEW IN FULL:

To the thrill of royal fans, the moment to meet the newborn finally arrived on Wednesday afternoon, and we couldn't be happier for the young family of three. While Harry and Meghan will likely continue to enjoy their quiet family time together privately, in the meantime they've given us a true royal baby moment to remember.